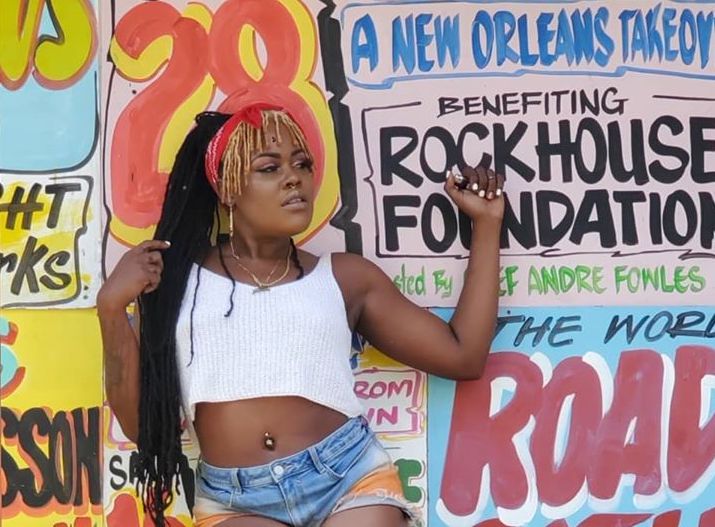 The Jamaican dancer and choreographer Kimiko Miller, who is better known in the dancehall community as Kimiko Versatile, is one of the five dancers featured in the Netflix original documentary series “MOVE.” The series explores the dancers’ lives, and Miller’s story is told in Episode 3. In her introduction to the episode, Miller says it allowed her to express herself “as a powerful female and not feeling downgraded from a male perspective.” She told FAME FM in an interview that she was “super excited and so grateful” to be featured in the series, noting that it was important to her to be able to show the world what she is capable of doing and the work that she has done in “a male-dominated space.”

Kimiko Versatile’s episode shows dance as a social tradition rather than a performance. Her dancehall style has a direct line to dances in the Caribbean but is also presented as an empowerment tool for women who have fought for their place in what has been a harsh and anti-feminist Jamaican society. On the island, dance happens in bars, open air studios, and on the streets of Kingston. Versatile’s dances are definitely salacious and dare the men around her to confront her dynamic body energy.

The “MOVE” series focuses on dance images and movement rather than storytelling. It includes interviews with dancers, friends, and family members, but emphasizes beautifully filmed dance sequences and follows the featured dancers backstage, into rehearsals, into their native cities, and their homes, concentrating on the process each of them uses to overcome challenges in creating something new. The filmmakers present their view of dance as “a global panacea” and not simply an artistic or political calling.

As the series follows its international subjects, it offers a travelogue of locations like Kingston, Jamaica; Tel Aviv, and Seville, accompanied by their different philosophies and personalities. A dancer’s parents are often featured to illustrate the sacrifices they have made to support their children and the pride they take in their accomplishments.

The “MOVE” series, which is directed by French documentary filmmakers Thierry Demaizière and Alban Teurlai, began on October 23, 2020, and in addition to Miller, features Jon Boogz and Lil Buck of the United States who founded Movement Art Is (MAI); Ohad Naharin, the “Gaga” dance concept creator from Israel; Spain’s avant-garde flamenco dancer Israel Galván; and choreographer Akram Khan, who is of Bangladeshi descent and is based in the United Kingdom.