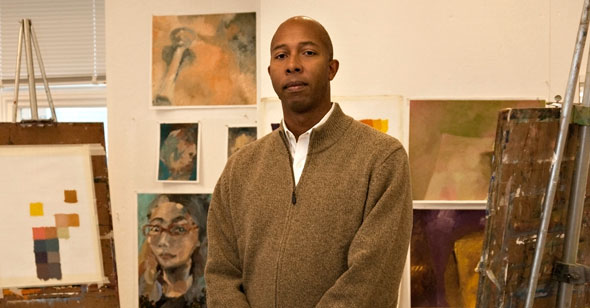 Enrico Riley, an associate professor of studio art at Dartmouth in the United States who has roots in Jamaica, has won a 2016 Rome Prize from the American Academy of Rome. The prize is awarded to some 30 emerging artists and scholars of exceptional talent in the U.S. The prize includes studio space, lodging, and a stipend that allows the winner to live and paint in Italy’s capital city. According to Barbara Will, associate dean for the arts and humanities, the Rome Prize represents a once-in-a-lifetime achievement and is a great testament to Riley’s national and international reputation as a painter. Riley says he is excited to be going to Rome because it is something he has wanted to do for some time; he is looking forward to being able to focus on his own research. In addition to having time to paint, he is also looking forward to immersing himself in the art of Italy.