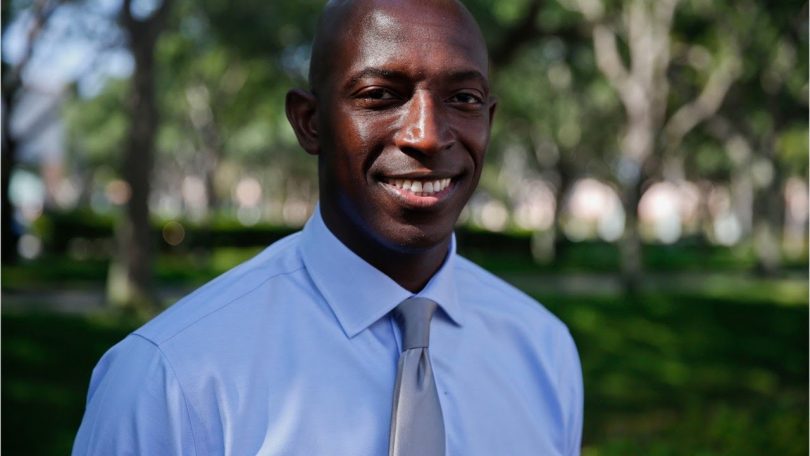 Jamaican-American Wayne Messam, who currently serves as the mayor of Miramar, Florida,  a city with a population of 140,000, Released a video to announce his bid to become the President of the United States.  While Messam is not well known in the US at large, his highly produced video, which was released on the CNN television network, makes it clear that he believes he has what it takes to address the problems of a “broken” federal government in Washington DC. Messam will kick off his presidential campaign on Saturday, March 30, 2019, at a rally at Florida Memorial University in Miami Gardens in South Florida, but he states his core message in his announcement video: “The promise of America belongs to all of us. That’s why I’m going to be running for president. To be your champion,”

Messam told CNN during an interview that America is in need of leaders who will make issues like the cost of prescription drugs, climate change, and the high debt carried by regular people a priority and who have the political will to solve these problems. He noted that his city of Miramar has a fast-growing economy and has passed a living-wage law.

Messam made his announcement just two weeks after forming an exploratory committee, and he acknowledges the fact that he is essentially known outside of South Florida and that is lack of name recognition in an already crowded field of Democratic presidential candidates makes him a long shot for 2020. However, he believes his personal story as presented in his announcement video will help to introduce him to the American people nationwide.

Messam, 44, is of Jamaican descent and a Democrat who has led the city of Miramar since 2015, is the city’s first black mayor. His parents immigrated to the US from Jamaica. He grew up in “The Muck,” an area around Lake Okeechobee where sugar cane grows. His father was a contract sugar cane cutter in Florida, and through the hard work of his parents, Messam was given the chance to attend Florida /State University and to play on its national championship-winning floorball team in 1993. Messam describes himself as the son of immigrants who came to the US to pursue their American Dream, hoping that their children would not have to suffer as they had. Now he is living that dream, he says, but he sees it “slipping away” from many Americans. “I’m passionate about the American Dream because it’s not a fictitious thing for me it’s real for me.”

Messam takes progressive stands on guns, immigration, and the environment. He supported Hillary Clinton for President in 2016, and was a member of a group that sued the state of Florida  concerning a law restricting his ability to create municipal gun regulations  when he wanted a new amphitheater in the city to be a “gun-free venue.” Messam, who played wide receiver at Florida State, plans to tap his sports connections to raise money for his campaign, including former Jacksonville Jaguars running back Fred Taylor and journeyman fullback Zack Crockett. In addition to serving as Miramar’s first black mayor, Messam owns a construction business with his wife.