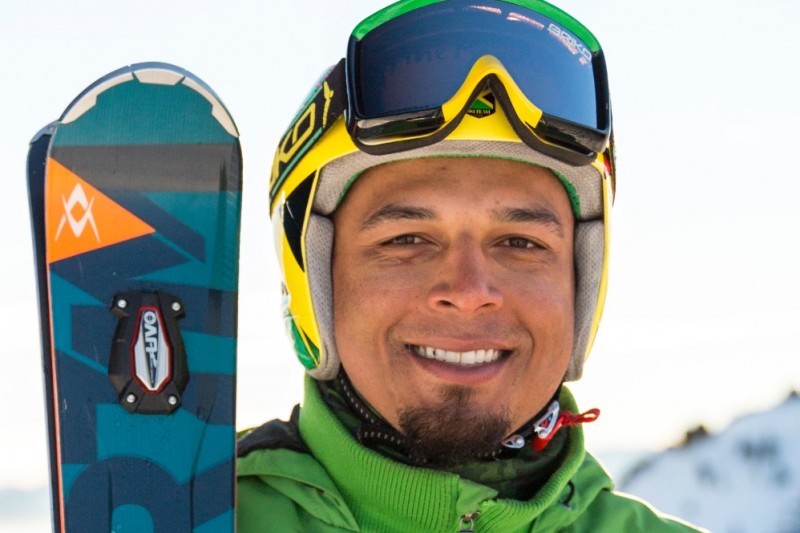 Downhill Ice Skier, Errol Kerr, who represented Jamaica at the 2010 Winter Olympic Games in Vancouver, Canada, won the inaugural Pond Skimming World Cup Championship by crossing the 85-foot pond with a seemingly slow-motion carve on the water. The Pond Skimming event is known for its costumed competitors and spectators. Judge Vince Goyette says that he “actually carved on water,” putting his edges on the water twice to become the competition’s clear winner. Kerr began serious racing at the age of 11, and finished in ninth place overall in ski cross at his 2010 Olympic appearance. The competition serves as the fifth and final qualifying pond skim on the World Cup tour. Kerr made his winning run in front of a crowd of some 1,500 spectators in the Canadian Rockies at Banff’s Sunshine Village wearing a spandex, Jamaican racing suit. Skimming competitors were banned from utilizing nudity, inversion or flips in their runs and had to search for other ways to differentiate themselves with style.

Errol is raising money on GO FUND ME to be able to train and compete in the Southern Hemisphere in August-September 2016.