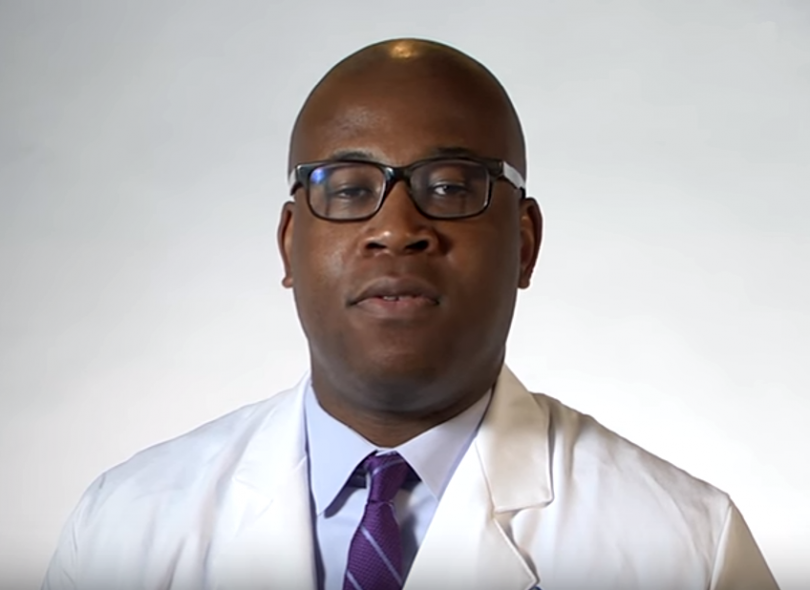 Dr. Fabian Johnston, who migrated from Jamaica at the age of two with his parents, is an assistant professor of surgery at Johns Hopkins University and the co-director of the Peritoneal Surface Malignancy Program there. Dr. Johnson decided to become a doctor while watching “The Bill Cosby Show” and being inspired by its portrayal of a successful black family. He credits his parents for making the effort to give him and his siblings a better life. When Dr. Johnston started medical school, he planned to become a psychiatrist, but discovered a love for surgical oncology during his surgery rotations. He began his career as an assistant professor of surgery at the Medical College of Wisconsin, but welcomed the chance to go to Johns Hopkins, one of the top hospitals in the world. The move to Hopkins offered him the chance to be closer to members of his extended family as well. Dr. Johnston cites keeping a balance between his work life and his family life as one of his greatest challenges, noting that having three daughters has prompted him to improve that balance. Dr. Johnston describes himself as basically a cancer surgeon who works with other specialists to provide patients with the best therapies available. His focus is cancers occurring in the stomach, colon, ad pancreas, and this is the area he addresses as co-director of the Hopkins Hospital Peritoneal Surface Malignancy Program. Dr. Johnston’s philosophy of medicine is a good fit with Hopkins tradition, as he concentrates on a patient-centered method of treatment. He says that he views his patients as family members and believes cancer is a family disease that affects more people than just the patient. As such, Dr. Johnston is interested in taking care of the whole person, including both physical and spiritual needs, when providing treatment.