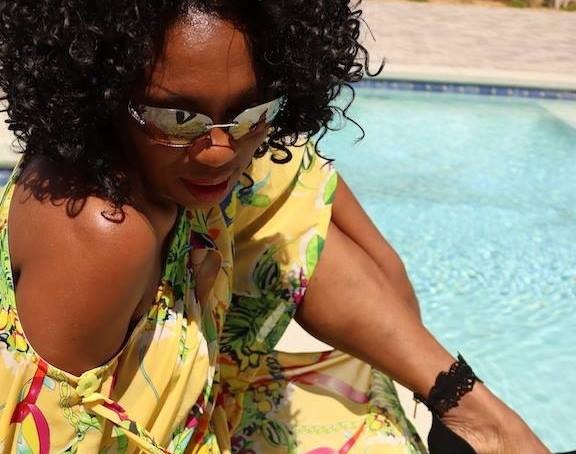 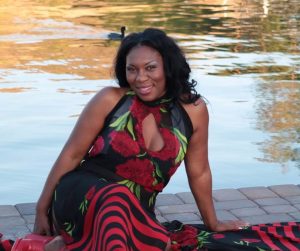 Rosemarie Macklin of Jamaica is a fashion designer who is making her mark on Las Vegas and California. Born in Kingston, she was unaware during her childhood that there was such a thing as a Jamaican fashion designer, but she credits her mother with teaching her about the importance of style and dress to how the world views you. Macklin’s father is reggae legend Glenmore Brown and Jamaican culinary chef Tulice Wray. She describes her mother and her aunts as “divas of the 70s.” Macklin uses her past when she designs clothing that can be worn by women “who want to make statements” and who are “not afraid to make changes.” 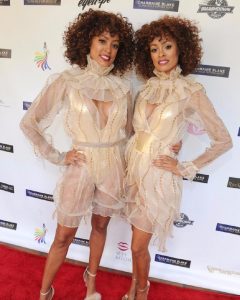 Macklin went to high school in England where she became obsessed with history and particularly focused on period garments and complex Victorian clothing. She has always admired the Renaissance era with its focus on fashion and style. These items sparked her interest in the way fashion plays a role in her life.

In 1990 she moved to New York City where, on her first walk through Manhattan, she made an immediate impression with her style, and people asked her where she got her “severely ripped blue jeans.” It was her first realization that the US fashion world was far behind that in London.

After a few years, Macklin moved to the suburbs, where she was asked by her friends for fashion ideas and tips. She opened her own beauty salon and spent hours with clients, learning about those who had the confidence to dress as they pleased. She remembered he mother telling her “You can tell a woman of class by the detail she puts into her appearance.” This is still true in her design ethos. 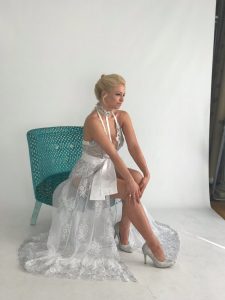 After marrying and having a daughter, Macklin moved to the Hamptons in New York where she opened her own hair salon and catered to private clients. During this time she realized her true love was fashion, and she transitioned out of hairstyling into the larger fashion world.

A move to Louisiana to start anew brought her to the purchase of an old historic home that she renovated and made into a bed-and-breakfast. At the venue, she hosted big events with political figures and patrons for all parts of life. One of her favorite memories is of a Christmas party with more than 400 people from all professions. At the event, an elderly man told her that she had “made history,” and when she asked why, he said, “Blacks and whites have never celebrated anything in this home since over 100 years.” 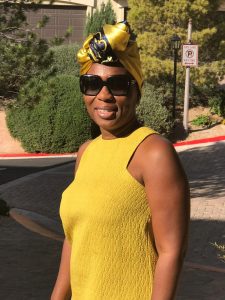 Now that Macklin’s children are all grown and out of college, she has opened her own boutique – a gift from her husband – where she can pursue her life’s dream as a fashion designer. The name of her boutique is “Si-Mee” and pronounced “See Me.” She travels overseas and finds local fabrics and items from unique stores to bring back to her clients. The activity fulfills her “obsession to treasure hunt.” She is amazed to find so many “hidden gems” in many different countries.

She has established herself away from the Las Vegas Strip in honor of the hidden treasures she has found and a way to be accessible only to true fashion lovers. She views Si-Mee as an extension of who she is – worthy of being seen and appreciated. The Si-Mee Collection will be featured at Vancouver Fashion Week in 2018.