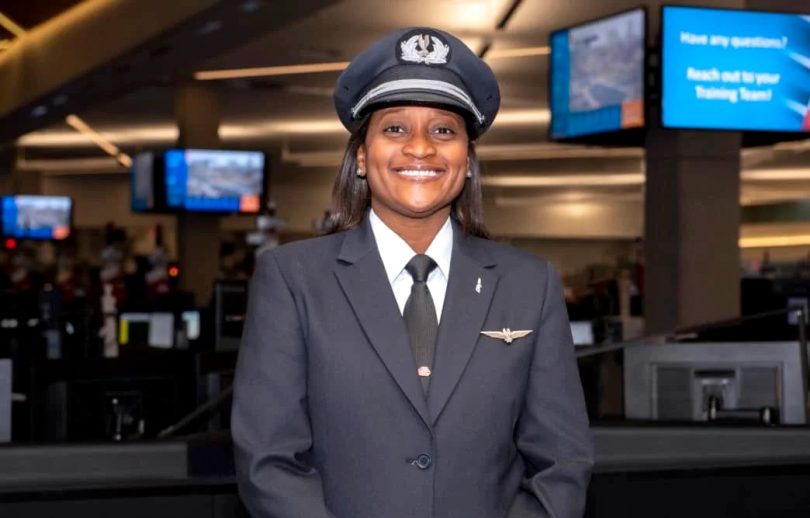 On August 22, 2022, American Airlines pilot Captain Beth Powell, 41, one of the only Black women to hold the rank of captain in an American commercial airline, headed an all-Black, female flight crew in honor of the 100th anniversary of the first public flight by a Black woman, Bessie Coleman. Coleman earned her pilot’s license in 1921, the first Black woman to do so. The flight journeyed from Dallas to Phoenix and was part of the Bessie Coleman Aviation All-Stars tour hosted by American Airlines during the week of August 22.

Captain Powell was raised in St. Mary, Jamaica. She earned a private pilot’s license when she was 17 and a commercial license at age 18. She has worked as a commercial airline pilot since she turned 21. In an interview with Essence magazine, Powell said her interest in aviation was prompted by her love of anything that had to do with numbers. When she was 15, she was informed by a teacher that she was a “technical learner,” which made her suited for a career as a pilot, mechanic, or engineer.

When she first brought up the idea of becoming a pilot, her father asked if female pilots even existed. However, her family, especially her mother, was very supportive of her dream and encouraged her to find the best flight school available, driving her from place to place in an effort to ensure she made the best choice. The example set by her father in terms of ambition and his attitude toward life helped Powell overcome the challenges she encountered. He also provided financial support as she began her career journey.

Powell said it was difficult to be a Black woman trying to succeed in a male-dominated industry. When she entered flight school in the US, there were no other students who looked like her, but she committed herself to work harder than anyone else. She focused on being a part of something greater than herself. Her determination to succeed was everything to her, and she often remembered her father telling her that “failure is not an option” and that her “attitude would determine her altitude.” She also cited Bessie Coleman as a major inspiration as a woman who always found ways to persevere regardless of the difficulties she faced. Knowing that Coleman had succeeded motivated Powell to continue blazing a trail for Black women in aviation. 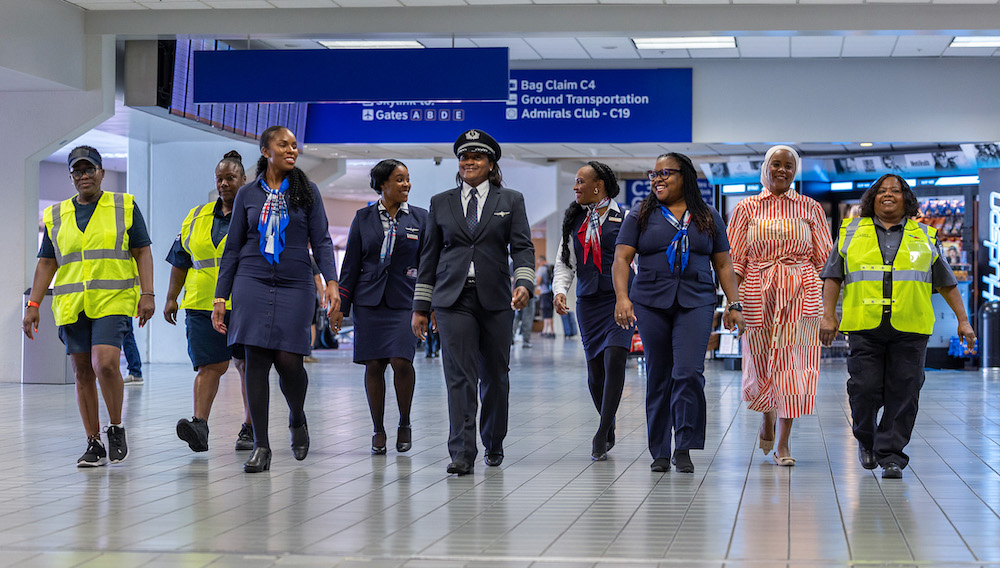 Powell is committed to helping other women succeed. According to Sisters of the Skies, an organization for Black women airline pilots, there are currently fewer than 150 Black female airline pilots in the United States. Working to inspire others, Powell plans to merge her scholarship with Sisters of the Skies, to expand outreach efforts to Black girls and provide them with information about the possibilities of a pilot’s career. She also plans to visit schools to raise awareness of aviation, scholarships, and the new cadet program at American Airlines.

Powell said she was thrilled to lead the crew on the flight honoring Bessie Coleman. A day after the flight, students at the Academies at South Mountain in Phoenix met with representatives of the Bessie Coleman Foundation and American Airlines pilots to explore opportunities in aviation.