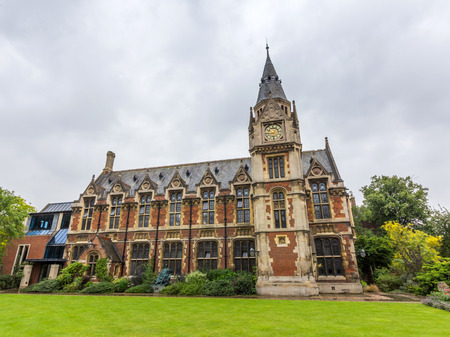 Cambridge University’s Pembroke College in the United Kingdom is facing accusations of “cultural misrepresentation” in the food it serves to students. The college is rethinking its menu after complaints that labeling dishes with names like “Jamaican stew” and “Tunisian rice” was not acceptable. According to a report in the Sunday Times, a student commented on the food served by Pembroke College on Facebook, writing to the catering staff via the social media platform that they should stop “mixing stop mixing mango and beef and calling it ‘Jamaican stew’. I’m actually half Jamaican pls show me where in the Caribbean they mix fruit and meat.” The student went on to write, “I’m used to as a minority student being constantly invalidated when flagging up specific issues but if people feel their cultures are misrepresented they have they right to address this. Microaggressions are a reality of everyday existence for many people of colour.” Another student reiterated the complaint, taking issue with the so-called Tunisian dish that mixed “cauliflower, date and tofu tagine with Tunisian rice and coriander yoghurt,” saying that these things are not eaten in Tunisia. Andrew Cates, bursar of Pembroke College, said that the college prides itself on the quality of its food and wants students of all backgrounds to feel valued in the community. The catering staff is encouraged to seriously consider the views of students, he noted. The complaints of cultural misrepresentation were brought up at a meeting of the food committee, and they decided to “do more to avoid offending anyone else.” Pembroke was forced to confront other insensitivity issues when, in early January 2017, a student was caught on camera burning a £20 note in front of a homeless man.