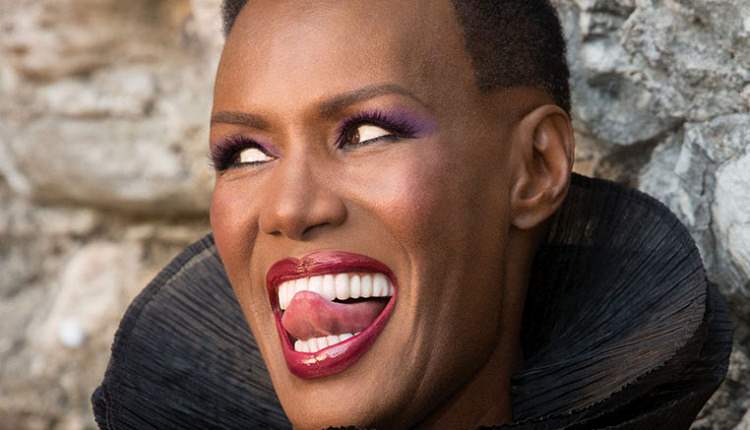 Legendary Jamaican-born performer Grace Jones  is widely acknowledged for making massive changes in the music industry during the 1970s and 1980s. In her new autobiography “I’ll Never Write My Memoirs“, Jones talks about her career, fame, and the influence she has had on many of today’s top pop stars, characterizing her impact as “mothering.” Jones says that there are always trends that people are told to follow. “Be like Sasha Fierce. Be like Miley Cyrus. Be like Rihanna. Be like Lady Gaga…I cannot be like them – except to the extent that they are already being like me.” Jones notes that many modern-day pop stars who are making their fortunes in the music industry are copying things that she did during in her career “for the excitement, the dare, the fact that it was new, not for the money.” Grace Jones said that she has turned down opportunities to work with current pop artists because she does not see these as opportunities for her, only for them. These people will ” draw from everything I have built and add it to her brand, and I will get nothing back except for a little temporary attention. No one could believe that I said no, but I am okay on my own.” According to Jones, she is a teacher. That is her gift, which morphed into performance. She considers performers like Madonna, Anny Lennox, Katy Perry, Kanye West, Miley Cyrus and Rihanna to be her pupils.