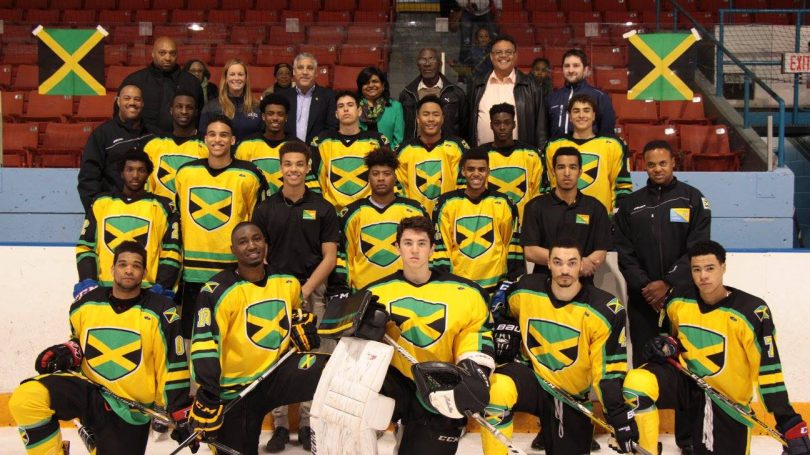 Graeme Townshead, a former player on the Boston Bruins hockey team, hopes he can coach the national hockey team of Jamaica to a spot at the Winter Olympics. In an interview with CTV news, Townshead noted that he had once said that the only way he would have a chance to play at the Olympics was if Jamaica had a hockey team. Now Townshead will service in multiple roles for Jamaica’s Under-20 National Ice Hockey Team: head coach, assistant coach, trainer, water boy, and stand-in player. While the idea of a Jamaican hockey team may bring up thoughts of the “Cool Runnings” bobsled team of 1988 and its participation in the Winter Games in Calgary, but the hockey team has more experience. The players on Jamaica’s team are from Canada and the United States, but all have Jamaican heritage. They have been playing hockey their entire lives, and many play in the OHL. According to player Jaden Lindo, the players want to represent Jamaica with pride and show they can play at the highest level of the game. The team is missing some critical elements required for full league membership that will allow them to compete in world championships. One of the most important elements: home ice. There is no arena in Jamaica, but the team believes it is their job to make an ice hockey arena a reality. The team recognizes that the road to the Winter Olympics may be difficult, but Townshead says, “You’ve got to start somewhere.”