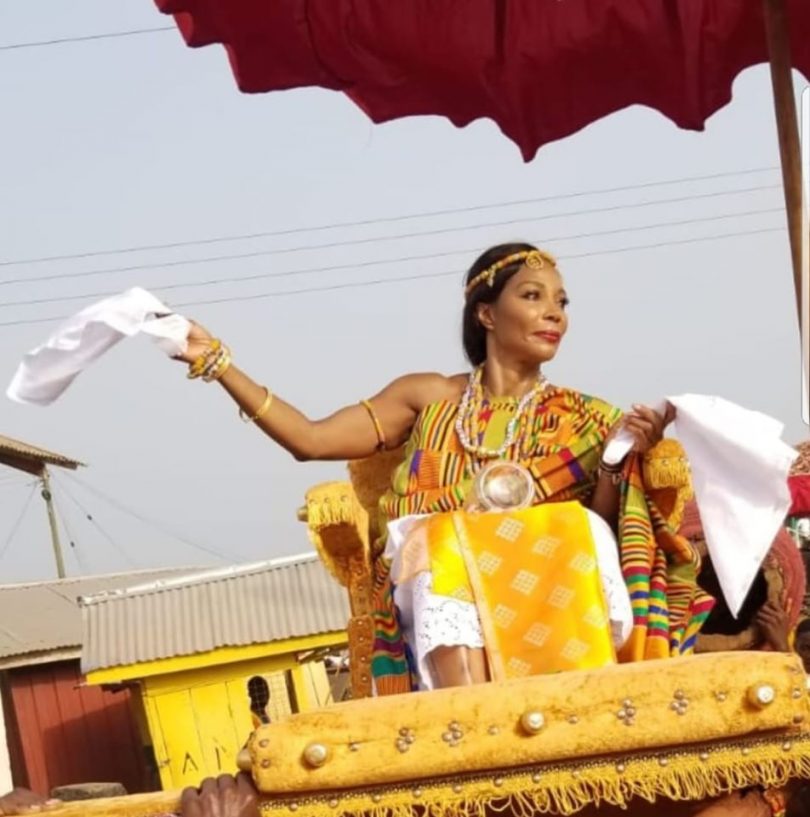 Jamaica’s Honorary Consul to Los Angeles, California, Lorna Johnson, has been named “Developmental Queen Mother of the Central Region of Ghana.” Johnson was selected for this honor in respect to her philanthropy in that country. In addition to serving as Jamaica’s Honorary Consul to Los Angeles, Johnson is the deputy treasurer of the Democratic Party. Johnson, who was raised in rural Jamaica and lost her father at the age of six, said that her mother imparted to her the idea that “to whom much is given, much is expected.” .Johnson attended Hayes Primary School and spent a year at Vere Technical before migrating to Canada.

She received the Developmental Queen Mother crown on December 29, 2019, during Ghana’s historic Year of Return celebration. The celebration attracted hundreds of black people from around the world to Ghana in West Africa to mark the 400th anniversary of the time when the first slaves were shipped against their will to America. 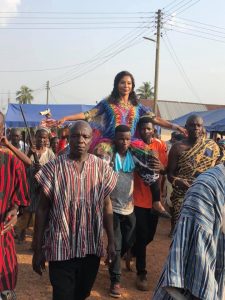 Johnson received her title to honor her philanthropic work worldwide as well as her skill in business development. She has contributed to the development of some 50 villages in Ghana. With the title, Johnson received a new name during the three-day celebration: Nana Ama Boafowaa. She explained that “Ama” is Saturday, the day she was born, while Boafowaa’s meaning is “help.” During the celebratory ritual naming, Johnson was carried through the village on men’s shoulders and presented to the chiefs and queen mothers. She was then confined for 24 hours. She also had to perform a special dance, waving and throwing candy to those in attendance. According to Iris Ackah, an attorney-at-law, Johnson is the ‘Boss Queen Millionaire’ who has sponsored and called attention to women’s issues and to disadvantaged women around the world. Johnson is the first Developmental Queen for the area and was honored by the President of Ghana Nana Akufo-Addo at his residence during her visit,

Johnson is a former star track athlete and was appointed by President Barack Obama to his advisory committee for the Performing Arts at the Kennedy Centre in 2014; In this role she focused on caring for grassroots efforts. She is also a nurse-midwife and nurse practitioner and the founding partner and administrative director and CFO of the Advanced Family Care Medical Group, which was established in 1995She also served on President Obama’s National Finance Committee and was a surrogate for Hillary Clinton’s campaign. She was instrumental in raising nearly US$1 million for Clinton and $2 million for President Obama, respectively.