Join author and nomadpreneur, Walt F.J. Goodridge as he travels the world. This time you can easily find him. He's the Jamaican in China! 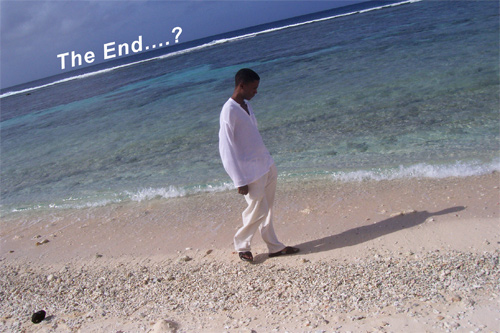 Walt’s PassionProfit Philosophy:
The only way to take control of your life, raise your standard of living and move beyond merely surviving is to create your own unique product or service that you offer to increasing numbers of people in exchange for the things of value that you desire. This simple formula applies to countries as well as people. A self-sufficient economy has its own products or services of value to export to the world. Similarly, a self-sufficient individual has something of value to exchange in the global marketplace. That thing of value is based on your natural talent, skill, or interest—in other words, your passion! The ultimate expression of freedom is to use that passion to create and experience the life of your dreams, and live true to your self!
China Calling!—Let the Adventure Begin

2010 Walt F.J. Goodridge. All Rights Reserved, but feel free to share with anyone and everyone!
A little about me:
My name is Walt F.J. Goodridge. I was born in Jamaica, grew up for the early part of my life in Kingston (Marathon Drive in Hughenden for those who know), and then moved to the US with my family. I went to Columbia University, graduated with a degree in Civil Engineering, and once I started working in corporate America, I realized that I didn’t enjoy the concept of working for someone else for the rest of my life. I realized I wanted to be free. I started many sideline businesses based on my passion, and eventually hit upon a success that allowed me to walk away from my job to become a full-time entrepreneur–a “passionpreneur,” as I like to call myself and others who’ve done the same.
I’ve since devoted my life to creating a life of freedom for myself, as well as helping others do the same. I’ve written books and offered workshops and coaching to help people turn their passions into profit. As rewarding as that has been, eventually, my own desire for freedom and travel came back to the fore, and I realized that my dream of being a nomad was calling to me.
A little over four years ago, I wrote the first “Freedom Song” just prior to my “escape from America” and my move to Saipan. Read all about it at
Walt’s Escape from America!

My move to Saipan, Northern Mariana Islands, in 2006 ranks in the top three best decisions I’ve made in my life! I’ve never been happier with the climate,  the culture, and the cuties! I’ve met many great people, wrote several books, started a tourism business, and felt that I was contributing through my weekly column in the Saipan Tribune, which I continue to write as of this date, and which is now in its 230th consecutive week.
One of my proudest moments was receiving an official CNMI Senate Resolution No. 15-54 in recognition of my contributions to Saipan, its residents and economy.
Ah, but it seems it’s that time again.
As I said during the original Freedom Song, ”
Ever since leaving corporate America in the fall of 1995,
I’ve been executing a plan to create the lifestyle of a modern, minimalist,
nomadic, passionpreneur based on a passive-residual income stream!”

In other words, I want to be able to see the world and not have to worry about getting a job in the places I decide to reside.

Well, the nomad part of my personality is acting up again.

So, with that said, I offer you:

(drum roll, please….)
FREEDOM SONG, PART II
My Freedom Song continues
with a new exciting verse
A life afar has beckoned
and I want to tell you first!
This nomad’s bell again has tolled
I answer and take wing
I’ve set my sights on China!
and the city of Beijing
The ticket’s bought, the visa’s done
I’ve got a place to rest
I’ve minimized and digitized
reduced all I possessed
They ask, “What will you do there?”
and, “What put you on this course?”
“A man named Lucas,” I reply*
“Just going to the source!”
I’ve learned the basic language
and I’ve made a friend or two
Just waiting for the date now
and the day I bid adieu
So, wish me well and please stay tuned
Me? Nervous? Nope. Well, kinda…
but you know me, I’ll prosper
in my brand new life in China!
(thought I wouldn’t find a rhyme for China, didn’t you?)
Let the Nomadpreneur Adventure begin!!
Walt Goodridge
Jamaican in China!
p.s. I visited China once before in 2009, and vowed to return. I’m heading first for Beijing, with plans this time to visit Shanghai, Hainan (a tropical island off the south coast of China), and other countries in the region including Myanmar, Vietnam, Cambodia and Thailand.
p.p.p.p.s *let me know if you need the “Lucas” reference explained. I’d be more than happy to!
email me at [email protected]!