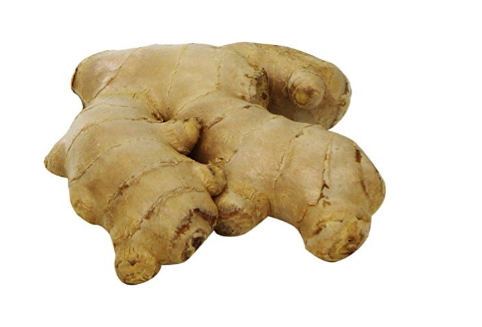 A special strain of the McGhie JCG Ginger plant, discovered by Jamaican inventor Errol McGhie has been called a “potential game changer” for the nation’s economy by Professor Errol Morrison of the National Commission of Science and Technology. The strain has been found to have a beneficial impact on certain cancer cells, and it has already been patented in Europe and the United States. The commission is slated to head a project involving mass cultivation of the ginger strain, which is the first of its type to be patented in the US in 50 years.  The commission has signed a Memorandum of Understanding with the College of Agricultural Science and Education (CASE) and Northern Caribbean University to grow the plant. US investors in particular have committed about US$30 million toward the project. A patent for the plant in Canada is pending.
Spices like ginger have long been used as folk medicine as they contain many bioactive compounds with health benefits and healing properties when applied to various diseases, including cancer. Researchers have found significant compounds in ginger that have anti-oxidant, anti-inflammatory, anti-bacterial, anti-viral, anti-parasitic, anti-fungal and anti-carcinogenic properties. One compound, known as 6-shogaol, has been shown to reduce the development and progression of breast cancer cells cultured in a laboratory. Whole ginger extract had an inhibiting effect on the growth and progression of prostate cancer cells. It also strongly inhibited the growth of ovarian cancer cells and the proliferation of colon cancer cells.