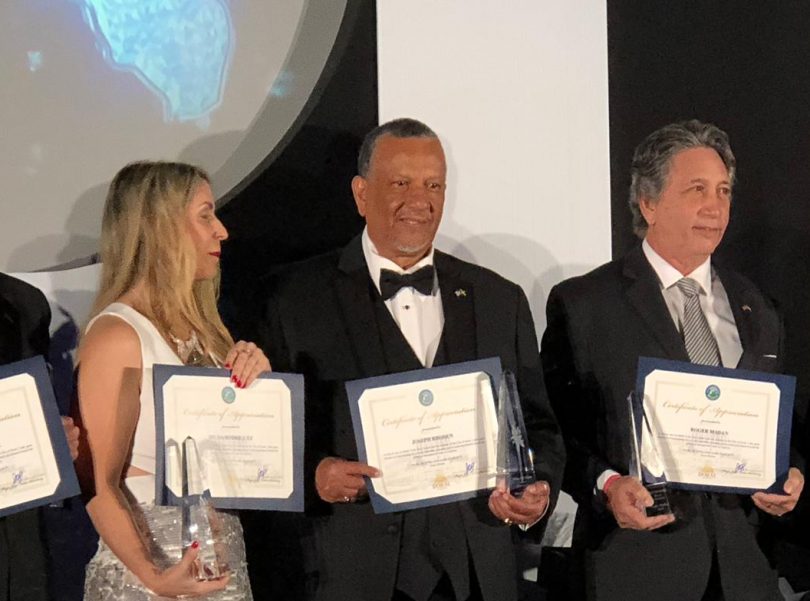 Jamaican Joseph Rhoden has been inducted into the Florida Customs Brokers and Forwarders Association (FCBF) Hall of Fame in Miami, Florida. Rhoden was born in Jamaica, migrating to the United States in 1979. He was educated in Jamaica and attended Jamaica College. He is now a board member of the Jamaica College Old Boys Association of Florida. Before leaving Jamaica, he worked with Pan American Airways as a cargo account executive and was named one of its Top 25 sales people worldwide in 1972. He received extensive training on cargo-handling procedures while at the airline, along with getting sales and marketing at its New York training school, and facilities in Europe and in the Caribbean. He left Pan Am in 1973 and gained additional experience in the shipping industry with his own company, Ocean Air International Ltd. This company is still in operation as a shipping agency in Jamaica after 48 years. 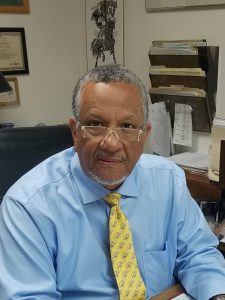 After coming to the US, Rhoden worked with Econocaribe for nine years as director of sales training throughout the Caribbean, offering ocean freight services. He and several partners started Antilles Freight Corporation as they all shared a passion for the business in1988. They worked in international business development, quickly obtaining the support of their contact bases and countries of origin. The company celebrated its 30th anniversary in June 2018, and since its beginning, it has served the Caribbean and Latin American region as NVOCC (Non-Vessel Operating common carrier). The firm specializes in less-than container load shipments and also handles exclusive full containers to various destinations in the region from its 55,000-square-feet Container Freight Station and bonded warehouse in Miami. As the firm’s executive vice-president, Rhoden and his business partner Eduardo Lopez have been members of the Florida Customs Brokers and Forwarders Association.

In his acceptance speech, Rhoden thanked all those who had supported his efforts over the years, making special mention of his family and his brother Maurice, sister Phyllis, and his wife Michelle for keeping him focused on “the straight and narrow road that we all have to travel in life.” Rhoden also highlighted his experiences in moving to the United States from Jamaica in 1979. “I immediately attended almost every monthly meeting of the FCBF” and remembered “Sam the photographer would be at every meeting taking our photos…those were great times.“ He noted that he had been more involved with the group early on but had never stopped supporting it in any way he could. In his final remarks, Rhoden said, “I would just like to say thanks again to my peers in the shipping and forwarding community for including me in this prestigious group of men and women. One Love.”