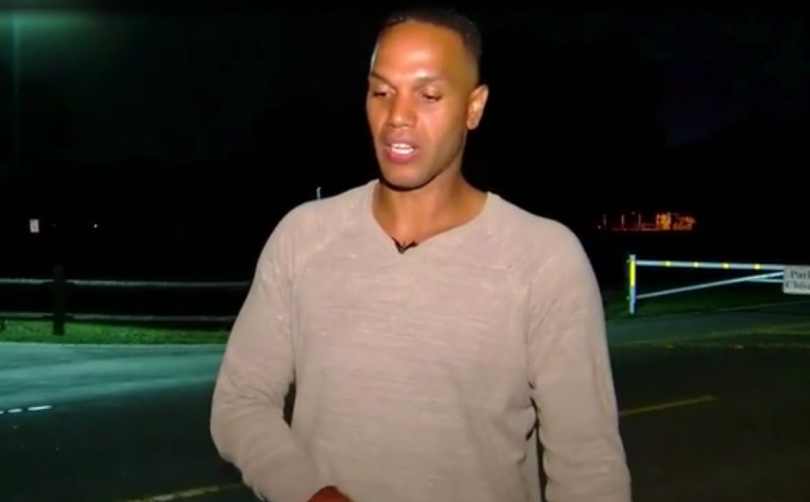 Jamaican Vincent Johnson of Lake Worth, Florida, is recovering from wounds received when he saved a little girl and others from a vicious dog attack. Johnson encountered the pit bull at the Okeeheelee Dog Park in West Palm Beach. Johnson is being called a hero after he fought off the dog barehanded, “I had one hand in the dog’s mouth while he had the other dog’s face and throat in its mouth,” Johnson said. The pit bull was roaming free in the park and attacked a Yorkie being walked on a leash by a little girl, grabbing it in its jaws and shaking it until it died. It then lunged at the girl. When the dog jumped up to attack the child, Johnson, who is 6-foot, 7 inches tall, took action and managed to control the dog until the Palm Beach County Fire Rescue arrived. He suffered deep cuts to his neck and hands. The little girl did not require hospitalization, and the dog is being held by Palm Beach County Animal Care and Control. Johnson is a former student at Wolmer‘s Boys’ School in Kingston, Jamaica.