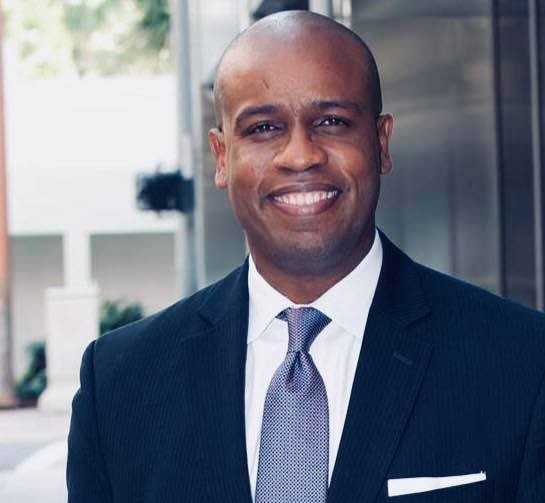 Attorney Marlon Hill announced that he plans to run to represent District 9 on the Miami-Dade County Commission in Florida in August 2020. The seat has been held by Dennis Moss since 1993 and will be term-limited in 2020. Hill is known for his activism, support of breast cancer awareness and youth mentorship causes, and an advocate for the Caribbean and Black issues. He said that he only began to seriously think about running for office in December 2018, but that he is making preparations to be a candidate for District 9 through the petition qualifying process.

Hill, who has lived in District 9 since 1985, is a partner at the law firm of Hamilton, Miller & Birthisel. He is a past president of the Caribbean Bar Association and board member of Miami Parking Authority, Orange Bowl Committee, and Miami Book Fair International.

“Servant leadership begins in the church and is nurtured at home and put into action in the community. And the sole purpose is for the greater glory of God. I learned this lesson first hand from my teenage days from the Jesuit tradition at the St. George’s College in Jamaica. These values followed me when I migrated to Miami in 1985 and have served as my GPS, stated Hill.

He further commented, “The time has come for me to elevate what I have been doing for years on a different platform. My primary role in this campaign process will be to listen and learn from the residents of South Miami Dade County, many of whom are of Jamaican descent, and to help magnify their voices of their needs to the halls of county government.”

An immigrant from Kingston, Jamaica, Hill came to the US looking for a purpose for his life and successfully assimilated into his new culture to achieve his goals. He attended law school at Florida State University and returned to continue his work with students of immigrant descent, particularly those from the Caribbean. When he returned from law school, he heard about an emerging leadership program called the Miami Fellows at The Miami Foundation. He is an alumnus of Miami Fellows (Class I) and is a past Foundation trustee. He credits his Fellows experience for giving structure to his life and inspiring a legacy of civic leadership and activity that he wants to leave in the Greater Miami area. He formerly served as Jamaican Diaspora Advisory Board representative for the Southern United States from 2006-2011 in advising the Government of Jamaica on the needs and interests of persons of Jamaican descent.

Hill has been featured as one of the “outstanding members of the emerging generation of South Florida business and professional leaders” in the Daily Business Review. He received the Greater Miami Chamber of Commerce Bill Colson Leadership Award in 2016), the M. Athalie Range Foundation, Bridge Builder Award in 2012, and the inaugural Miami Foundation Ruth Shack Community Leadership Award in 2010.

“Commissioner Moss has served honorably for over 25 years. This is an opportunity to build on the progress he has contributed to and to also pursue new ideas or initiatives on making the lives of South Miami Dade County residents better. I encourage all citizens living in District 9, in communities like Homestead, Cutler Bay, South Miami Heights, Fairway Heights, Deerwood, among many others, to get involved in upcoming local elections and the civic process. We cannot afford to be spectators,” noted Hill.