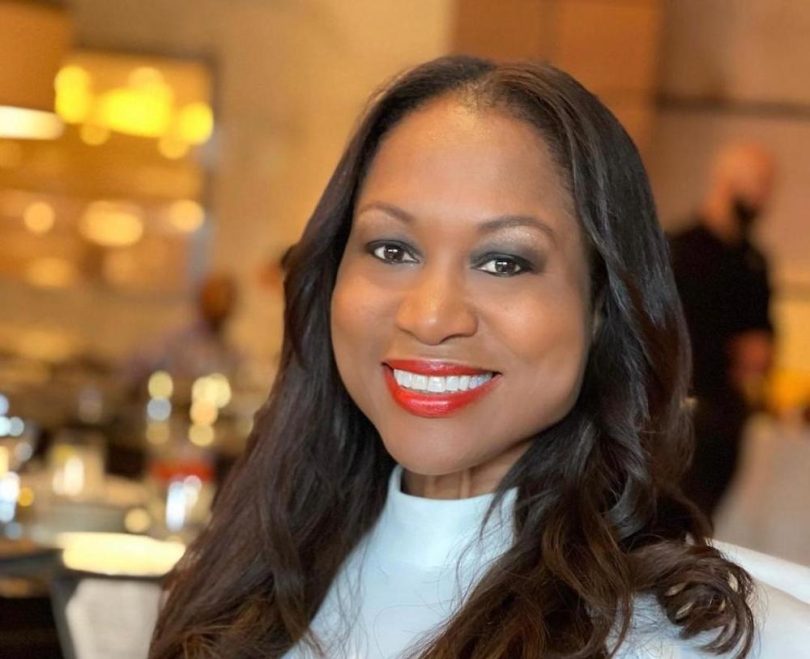 The Florida Department of Veterans Affairs named Jamaican Maxine Reyes of Tampa, a retired US Army combat veteran and US Air Force veteran, to the Florida Veterans’ Hall of Fame. Reyes was one of the 10 veterans chosen for induction into the Hall in 2022. Upon receiving the recognition, Reyes said, “I am humbled at the magnitude of this honor at such a young age. I’m in gratitude for my support system who made all this possible, to those who nominated me and to the selection committee for the honors.”

Maxine Reyes, a philanthropist, author, public speaker, certified instructor, and Master Resilience and Relationship Coach who has resided in Florida for 31 years, was born in Kingston, Jamaica, and raised in Manchester with her great-grandmother, Erselyn Allen, who died when Reyes was 12. She lived with her mother and stepfather, Eunis Reid and stepfather, Lloydel Reid, until she was 15 when she moved to South Florida to live with her father, Patrick Chang and grandmother, Maudy Binns in Pembroke Pines. Reyes has cited her grandmother’s dedication to her work as a cardiovascular technician as one of her major inspirations in life. After attending Cooper City High School, Reyes graduated from Miramar High School where her singing talents were recognized by being voted “Most Talented” person at her senior prom. After high school, Reyes joined the US Air Force to pursue her education and gain professional skills, as well as to take advantage of the chance to travel. She served in the Air Force for 11 years before transferring to the US Army where she attained the rank of officer. During her career in the US Army, Reyes served in a combat zone and worked as a commander, instructor, and budget and finance officer, as well as taking on additional duties and earning several degrees and self-development certifications. She retired from service with an honorable discharge and went on to pursue opportunities in the media and entertainment industries.

Reyes has received numerous honors and awards for her service to her community. She was honored by the Tampa Bay Lightning for her work as a Valor Program manager for the Chapters Health Systems Foundation, which honors military veterans and first responders in the state of Florida. She received the Greater Miami Chamber of Commerce Military Person of the Year award in recognition of her philanthropic efforts and leadership excellence. In 2016, her exceptional level of community involvement in Orlando resulted in a proclamation that July 14 was designated “Captain Maxine Reyes Day.” Reyes was selected to be the keynote speaker for Working Women of Tampa Bay’s International Women’s Day event.

She is the Founder and CEO of the Courage and Grace Foundation, a non-profit that supports Girls’ Confidence and Youth Education programs through scholarships, mentorship, and the arts, as well as causes supporting the community of military families, and has inspired countless audiences with her singing and speaking events, including President George W. Bush, the Royal Family of Qatar on behalf of the U.S. Embassy, and many professional sports game opening ceremonies. Reyes has also mentored hundreds of individuals and with her husband founded the Doctor Bird Scholarship Award to recognize educational excellence at the primary school in Marlie Hill, Jamaica.

Also included in the 2022 class of inductees were Jeffery Cathey and Greg Holder of Tampa; Gordon Lightfoot and Glenn Stuphin of Tallahassee; Mike Boushher of Palm Harbor; Anthony D’Leo of Jacksonville; John Gionet of Orlando; Don Lanman of Riviera Beach; and John Leslie of St. Augustine. The Florida Veterans’ Hall of Fame was created by the state legislature in 2012 to recognize the contributions of the 1.5 million veterans who live in Florida.