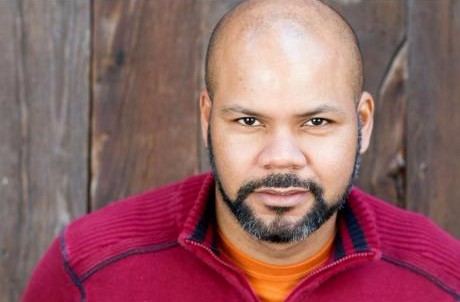 Illegal immigration remains a signature issue of U.S. President Donald Trump’s administration. On the campaign trail, he consistently scapegoated immigrants to rally support for his political base.

President Trump also expressed support for a variety of “limits on legal immigration and guest-worker visas” and unveiled new travel restrictions on immigrants from Chad, Iran, Libya, North Korea, Somalia, Syria, Venezuela and Yemen as a replacement for portions of a controversial travel ban he signed earlier this year.

Jamaican born, New York based author Karl O’ Brian Williams who has had his own share of immigration issues earlier this year, deals with many of the issues in his new Jamaican musical aptly titled ‘Welcome To America.’

“This is a relatable story. People either see themselves in the work or they think of someone they know going through this” he shared.

With expectations and fear now growing among members of the Jamaican Diaspora, event promoter Karl Haughton chats about the play and its presentation slated for Saturday, October 28 at Cramton Auditorium, Howard University.

“I decided to present the play in the Washington DC, Metro area because this is where lawmakers create immigration policies, so what better place to stage the musical” he reasoned.

Delving into the play, he said it touches on issues that affect all immigrants.

“No matter where you were born, at some point almost everyone fantasized about the American Dream – at least once, especially since it was made popular on television and the big screen,” he said.

“Immigrants have contributed significantly to the global economy and an overall improved standard of living here in the USA,” he shared, adding that with the many immigration changes that President Trump has implemented, the dream now comes with challenges…hence the inspiration for the play.

“This ‘dream’ is not without challenges. The creators of the production Welcome To America: A Caribbean Musical thought that this struggle ought to be highlighted since no one is really speaking about the price of success and how exactly the dream is achieved,” he said.

With a one hundred percent cast of Diaspora actors, Haughton is confident patrons will gravitate to the story more than focus on where the cast resides.

“The actors and production staff are all seasoned theatre practitioners who have worked professionally in various productions in Jamaica and here in the U.S” Haughton disclosed.

Following its October 28 staging in DC, the play – which is produced by Braata Productions featuring an award-winning creative team including Andrew Clarke, Joel Edwards and director Yudelka Heyer (a native of the Dominican Republic) – will be moving to other cities in the US and the Greater Toronto Area of Canada.