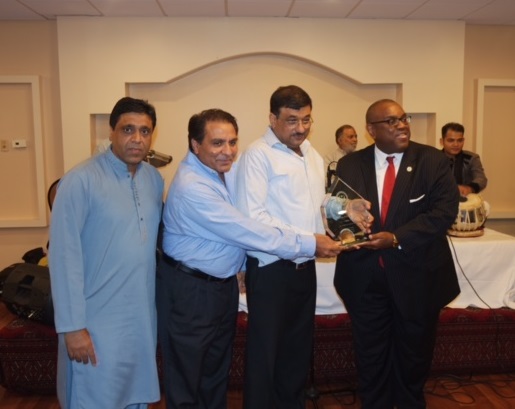 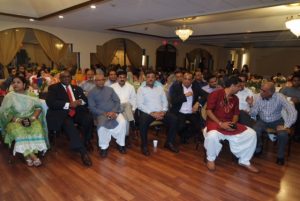 Jamaican Norman Hemming has been recognized by the Pakistani-American Association of South Florida, a community outreach organization for the American-Pakistani community there, with a Community Service Award for his involvement with the Muslim community in South Florida. Hemming attended Pembroke Hall Primary School and continued his education at Jamaica College. Upon moving with his family to the United States, he finished his high school years at Evander Childs High School in the Bronx, New York. He received a BA degree in government and public administration from Cornell University and the John Jay College of Criminal Justice. After his college years, Hemming worked at many different jobs to help his mother, who was working as a housekeeper in Long Island, to support his family. While working as a gypsy cab driver during this time, he was attacked with a crowbar and robbed by a passenger. He sustained a serious head injury – the crowbar pierced his skull – and retains the scars of the injury to this day. His experience as a crime victim inspired him to follow a career as a prosecutor and champion for justice. Hemming received a scholarship to the Howard University School of Law, and after he graduated with a law degree, worked as an Assistant District Attorney in the Manhattan District Attorney’s Office in New York. He subsequently spent two decades working for the federal government in several different capacities. Hemming was ordained a minister of the Gospel at Shiloh Theological Seminary in Virginia and currently serves on the Pastor’s Council of Cooper City Church of God.