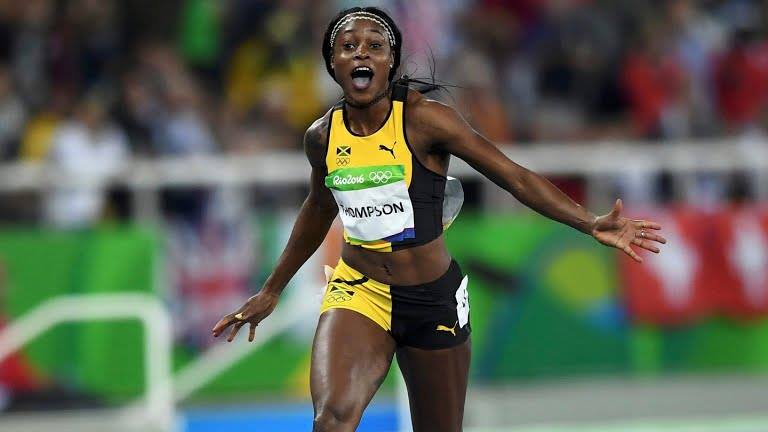 Olympic gold medalist Elaine Thompson-Herah beats American Sha’Carri Richardson in the Women’s 100m at the 2021 Prefontaine Classic (Diamond League) in Eugene, Oregon. Sha’Carri Richardson was 6th in the race. Thompson-Herah won the race with a time of 10.54. Jamaica’s Shelly-Ann Fraser-Pryce finished in second in 10:73 and Shericka Jackson finished in 3rd with a time of 10:76.

American Sha’Carri Richardson, 21, who was barred from competition at the Tokyo Olympics because of testing positive for THC and having her result in the U.S. Trials disqualified, failed to redeem herself on August 21, 2021, at the Prefontaine Classic at Hayward Field in Eugene, Oregon, where she competed against the trio of Jamaican runners who swept the Olympic medals in the 100 meters in Tokyo.

There was no doubt about Richardson’s intent for the Prefontaine when she issued a defiant challenge to the Jamaican Olympians before the race in a video posted to Twitter. In the video, Richardson showed off her swagger while having her hair done, saying that she “took some time off to rest,” and that now “It’s game time, bitches!” (Some Twitter users noted that her “time off” was not voluntary and that she had been suspended over a failed drug test, which disqualified her from her scheduled Olympic appearance.)

At the Prefontaine, however, Richardson’s bragging came to nothing when she was defeated by Jamaica’s Elaine Thompson Herah, who won the gold medal in the 100 meters in Tokyo with a historic time of 10.61 seconds to break the record set by Florence “Flo-Jo” Griffith Joyner at the 1988 Olympics in Seoul and brought her the title of “World’s Fastest Woman.”

According to a representative for Richardson, the runner, who posted a time of 10.72 seconds in the 100-meter qualifier at the Oregon Trials in June 2021, was fully prepared to dominate the track after missing her chance for a medal in Tokyo. She wanted to focus on running a good race regardless of who her competitors were and performing to the best of her ability, the rep said. She ultimately came up short with her defeat by Thompson Herah.

Richardson entered the Prefontaine Classic ranked as the third-fastest woman in the world in 2021 and the sixth-fastest in history. While this was the first time she raced against 2021 Olympic gold medalist Thompson Herah, she had competed against Jamaica’s Shelly-Ann Fraser-Pryce, who won the silver medal in Tokyo, twice in her career and beat her both times.

Richardson came to international attention during her freshman year at Louisiana State University in 2019 when she broke the 100-meter record at the NCAA Outdoor National Championships. Previously, in 2016, she won the 100-meter title at the AAU Junior Olympics, and then in 2017, won the 100 meters at the USA Track Field Championships. However, her career stalled after the 2021 Olympic Trials when she tested positive for marijuana and had to withdraw from the Tokyo Games.