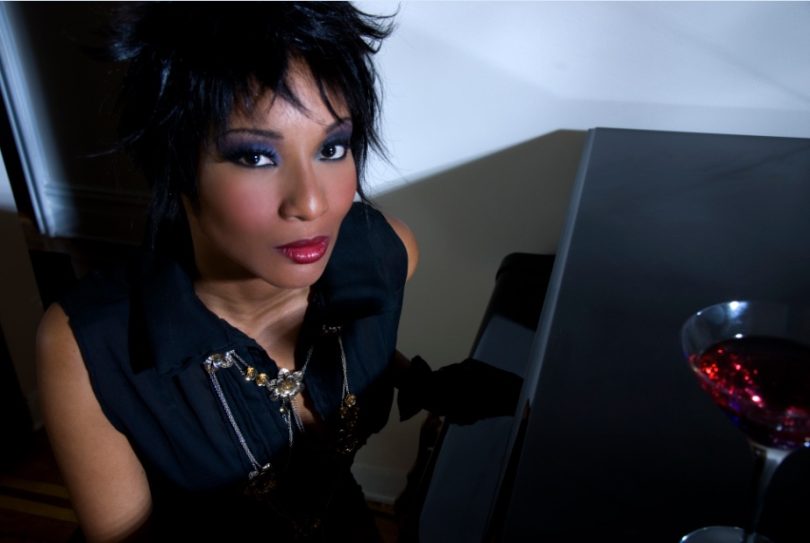 Award-winning, Jamaican-born couturier Raxann Chin has just completed her latest major assignment as Costume Designer on the new Disney short film Keeping Up With The Claus, scheduled for release across several major platforms next month in time for the Christmas holidays.

Described as “a holiday family film with a twist,” the production features veteran actress Margaret Ladd- best known for her major role as Emma Channing in the long-running nighttime soap opera Falcon Crest– along with Nadira Foster  Williams (Renegade Darlings). It is produced by Eva Minemar and Dolores Diaz and directed by Jaanelle Yee.

According to Chin, “What I can say, without giving away too much, is that it is a project I am immensely proud to be a part of, that Disney has brought all their usual panache and expertise to it, and that it is perfect family entertainment for audiences of all ages and backgrounds. Viewers are in for a real treat come December.”

Her participation in a project produced by one of the most famous brands on the planet is the latest professional milestone for Chin, whose nearly three-decade career in fashion and design has spanned the worlds of film, television, opera, sports, beauty pageants, and award show red carpets.

Born in Montego Bay, Chin has been a lover since childhood of her hometown’s flora, fauna, beaches, and coral reefs, the bright colors of which ignited her early passion for art and design, and which have proven inspirational to much of her work over the years. Nevertheless, despite her initial interest in design, she pursued a career in the corporate world after graduating from Mount Alvernia High School in Montego Bay, Wayne State University in Detroit, and later attending the University of Detroit’s Mercy Law School. 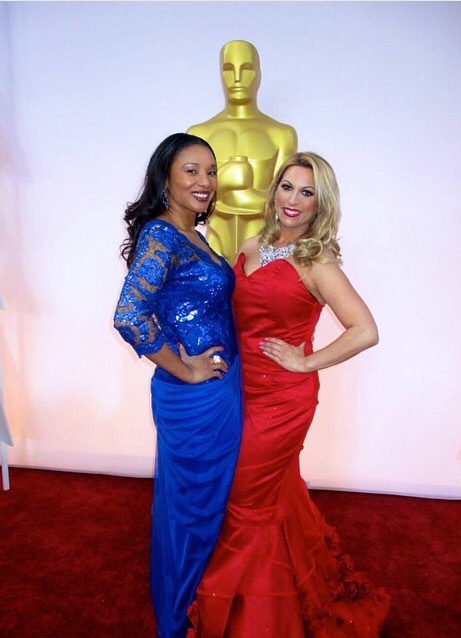 A successful career on Wall Street followed, culminating in her rise to the position of Marketing and Communications Manager at Merrill Lynch. But when the financial crisis hit and she suddenly found herself at a professional crossroads, she elected to pursue her long-held dream of a full-time career in fashion and design by founding her own couture clothing line, Femheka.

According to Chin, “The line derives its name from the combination of two words- ‘Fem’ (feminine) and ‘Heka’- pronounced HECK-AH- (god of magic). Femheka, therefore, means ‘Magical Goddess.’ Our line offers Haute Couture, Bridal, Prêt-à-Porter, Home Collections, and Costume Design, all under our slogan ‘Awake. Live. Be a Magical Goddess.’ ”

She has subsequently styled and done wardrobes for numerous music videos, commercials, and special events including grand slam tennis tournaments, working with clients such as Coca-Cola, Smirnoff Ice, and The Empire State Building. She has also provided a wardrobe and some of her own Femheka designs for several of Jamaica’s most successful beauty queens including Miss World runner-up, Dr. Sannetta Myrie, for the Miss World pageant.

In the process, she has become the only Jamaican designer known to have had her couture designs showcased on many of the world’s most prestigious red carpets, including the Academy Awards, the Grammy Awards and the Cannes Film Festival.

It was her success in these spheres and her growing reputation for innovative style and attention to detail that ultimately led to her latest role as Costume Designer for stage and screen. In a few short years, Chin has already costumed an array of projects that span several diverse mediums including Opera (The Bare Opera Company and the International Brazilian Opera),  Theater ( Off Broadway’s   The Glen), film (The Last,  Unspoken),  and television ( American Trial- The Eric Garner Story).

For Keeping Up with The Claus, which she describes as a “modern day fantasy film,” the costume element of which she is most proud are her specialized “elf shoes” that she developed just for the project.

“The film was truly an effortless production without any major challenges. Working with such a talented crew made it that much easier. But the high point for me was definitely reimagining and recreating the shoes for my elf characters. I really loved designing and executing those and am so proud of the results achieved.”

But when it comes to costume design, she thrives best on period pieces.

“I personally love period productions because I get to do detailed research and I learn so much about historical fashion timelines. That often inspires my designs for my own fashion line, Femheka. Fashion is cyclical. Working with period pieces provides a lot of information about our present selves.”

Among other accolades, Raxann Chin has been the recipient of The Caribbean Style & Culture Award of Excellence from Karib Nation, Inc., The Fashion Designer of the Year Award at the Young, Gifted & Black Entrepreneurial Awards and the Jamaica Diaspora Northeast USA Future Leader Award as a Designer.

Air dates and viewing platforms for Keeping Up With The Claus will be announced shortly.