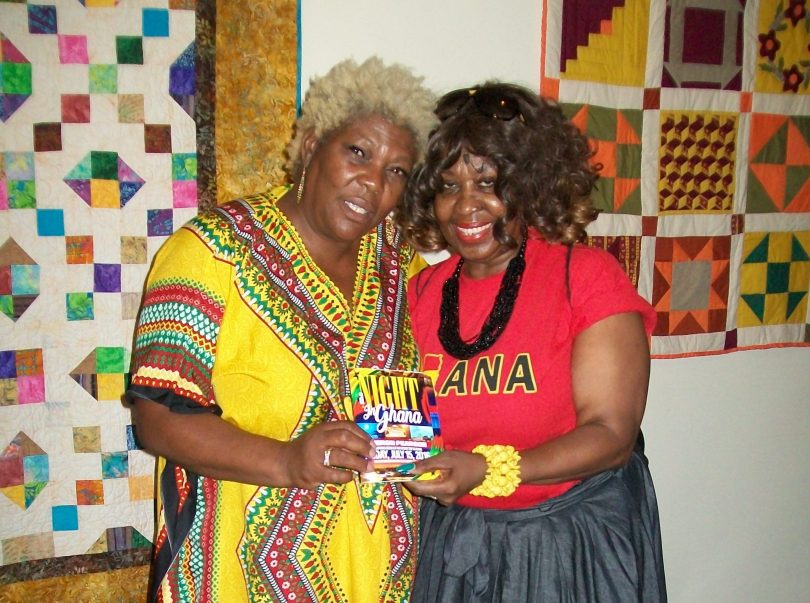 For as long as she can remember Sheron Pearson’s dream was to visit Africa.

Not any of the 55 states on the continent but Ghana, the former Gold Coast where she is convinced her ancestors originated.

For longer than she can remember its first national leader Kwame Nkrumah and Marcus Garvey, Jamaica’s first national adopted its black star as the center-piece for his Back to Africa UNIA movement and that although Garvey yearned to visit Ghana, she was determined to see the soil.

Therefore as a gift to herself on the 60th anniversary of her birth she decided to venture to the continent.

The plan was to stop into London, England where many of her childhood friends planned a party and combined with the African trip would complete an ideal celebration of a milestone May date.

Going was rough, until almost the 11th hour Pearson was without passport or visa.

Instead of walking into the African consulate in New York, she erred by mailing her passport to the Washington DC embassy where it was delayed in bureaucratic red-tape. Three days before departure she walked the walk and for her effort the NY office expedited the process to release her documents in time for departure.

“Akwaba,” the welcoming greeting to all arriving visitors won her from the start. Now, Pearson is an advocate for travel to Ghana.

She detailed her brief visit with a video presentation narrated as “A Night In Ghana.”

Tracing her adventure from Accra, to Kumasi and Cape Coast she retraced the brief but enlightening and fulfilling journey to the motherland.

Talking to a predominant gathering of Jamaicans, she explained:

“It’s not like anyplace else. There is culture, history and that’s where we are from…” Pearson told guests at the Adam Clayton Powell Jr. State Office Building in Harlem.

Now she is determined to organizing a trip back.

Her dream would be to return next year, if only again for the second edition to “A Night In Ghana.”