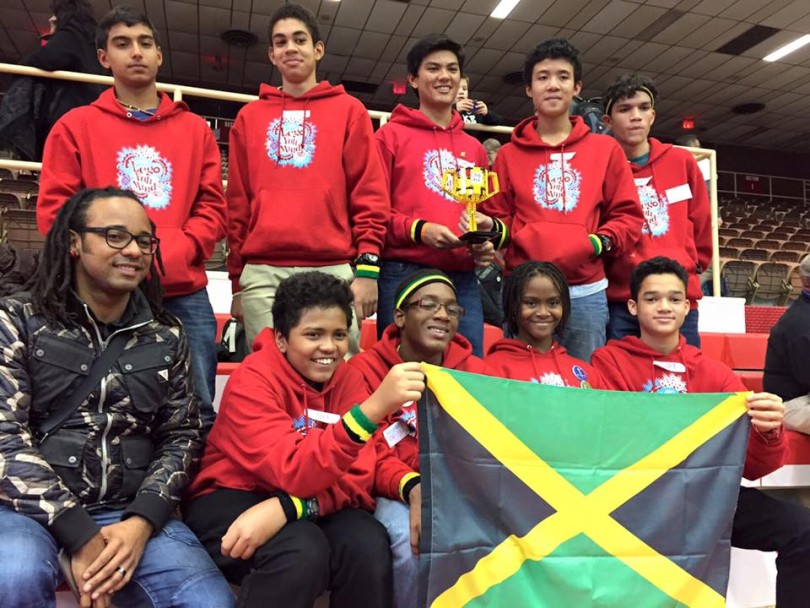 A Jamaican robotics team has taken First Prize in the Innovation and Strategy category at the Massachusetts state championships. This award is given to the team that develops the best strategy and uses the best engineering practices in the design and construction of an innovative, high-performance robot. Two robotics teams from Jamaica were among 82 elementary and middle school teams that competed in the 15th annual FIRST LEGO (FLL) RoboNautica competition held at Worcester Polytechnic Institute (WPI). The robots took part in the “Robot Game,” one section of the three-part competition. The robots were designed to perform various missions on a field simulated with LEGO pieces based on the 2015 theme of “Trash Talk.” The project involved determining how the team could generate lower amounts of trash. The winner of the “Champion’s Award” goes on to the FLL World Festival scheduled for April 2016 in St. Louis, Missouri. In 2014, Jamaica won First Prize for “Gracious Professionalism” at the competition.