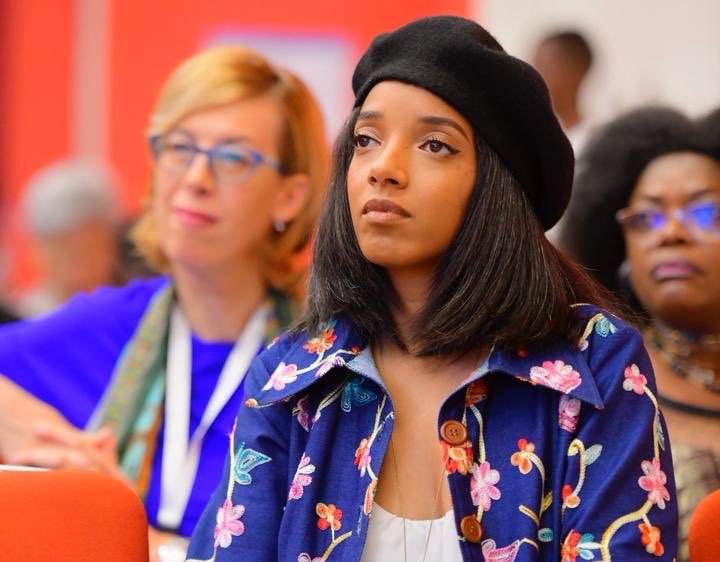 Jamaican-Rwandan deejay and emcee Makeda Mahadeo, who is based in Kigali, has joined CNBC Africa. He will replace Eugene Anangwe. Makeda was appointed to the network only a few days after Anangwe was hired by TV47 in Kenya as the chief executive. CNBC Africa has recently lost two of its top anchors to BBC Africa as well. Makeda is a producer and presenter who was featured on the popular radio program “The SWITCH” for five years on Contact FM. She also co-anchored and co-produced the breakfast TV program “Rise and Shine Rwanda” and was one of the first female deejays in Rwanda. More recently, Makeda has been involved with curating creative content on her own YouTube channel.

Makeda was born in the United States in 1987 to a Jamaican mother and a Rwandan father. Her father was Rwanda’s famous Rastafarian DJ, the late Aloys Karamuheto, alias Bogoman. She cites him as her greatest inspiration. She was raised in Jamaica and pursued her education there. She has a BA degree in Literature. She has achieved success in her career, working as a mixer and radio deejay, and has a distinctive style in how she uses her own experiences to create her mixes. This brought her considerable praise from the nation’s music industry. As host of “The SWITCH” radio program, she shared her story of discrimination and discussed her approach to achieving success. As a deejay, she played a variety of musical styles, including Top East African music, but she said her favorites were dancehall and reggae.

CNBC Africa moved its East African headquarters to Kigali in 2016. It has two studios in Kigali Kacyiru and at the Kigali Convention Center in Kimihurura.