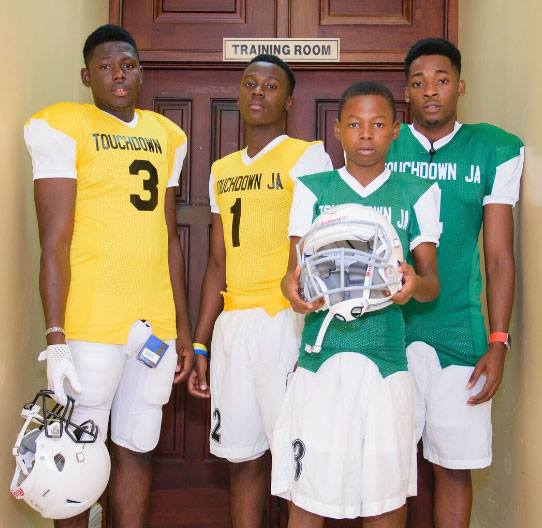 Jamaica’s Ministry of Youth and Education has partnered with Jamaican American Athletic Development Inc. (JAMAAD) to introduce American football at local high schools o the island. JAMAAD, a nonprofit based in the United States that operates with an all-Jamaican board of directors, defines its mission as “helping Jamaica’s at-risk youth gain access to opportunities for advancement through American sports.” It was founded by attorney Nicole Hoyen-Birch, a Jamaican who attended St. George’s Girls Primary School in Kingston. The Ministry plans to introduce its pilot project in all parishes in Jamaica for the school term starting in September of 2017. Known as “The Touchdown Project,” it will involve a selected 16 schools during its first year. The schools were selected according to their academic performance. Under the program, any child for a parish may play for the team, with the school acting as “home base” for that parish. Students in the program are required to perform to a certain academic level to be eligible. Nicole Hoyen-Birch says the chief goal of the project is to provide access to scholarship opportunities available through the sport so that students can pursue their education in the United States. She also hoped that some Jamaicans would enter professional football as a career as well. Colleges in the US awarded more than US$3 billion in athletic scholarships in 2016m with football being the sport that reaped the greatest benefits of these scholarships. Coaches at each school will be certified and trained in American football, and they will work with well-known US coaches and professional players. The Ministry hopes that positive results will be shown among students after two years of program operation.