Jamaican Serving as Airman in US Military Lauded by Superiors - Jamaicans.com 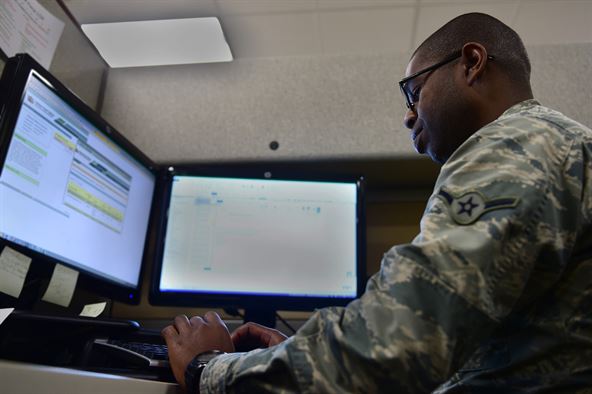 Airman Alfred Grannell, who is a native of Portmore, decided to take advantage of an opportunity to live with his father in New York. He left his fiancée and family in Jamaica and moved to Brooklyn, New York, contacted a military recruiter, and started the process of enlisting in the Air Force. He traveled to Joint Base San Antonio-Lackland, Texas, for basic military training less than a year later. Grannell said he struggled through basic training because he had to adjust to a new country as well as to a new career path. However, he adapted and earned rhe “Most Improved Trainee” award by the end of his training. He went on to technical training at Keesler Air Force Base in Mississippi, learned to be a budget analyst, and received an award for academic excellence when he graduated. He wanted to be stationed in Florida to be close to his extended family in an area that is similar to his home country of Jamaica, but he was assigned to Buckley AFB in Colorado for his first duty. Grannell says that his co-workers there have been influential in helping him adapt to the Air Force. Grannell, with the aid of Senior Airman Jaden Wood, a 460th CPTS budget analyst, has begun to collect the documents required for him to progress as a member of the military and as a citizen of the US. While his journey has not been easy, Grannell has succeeded in adapting to new situations in order to move forward, and at each step, his has demonstrated the resiliency and strength he needed. According to Senior Master Sgt. Kristopher Coats, 460th Space Wing Agency superintendent, Grannell’s ability to adapt and to succeed quickly is inspiring. Sgt. Coats noted that Grannell is taking full advantage of the opportunities the US and the Air Force provides him, focused on his goals, and confident that he will attain them.