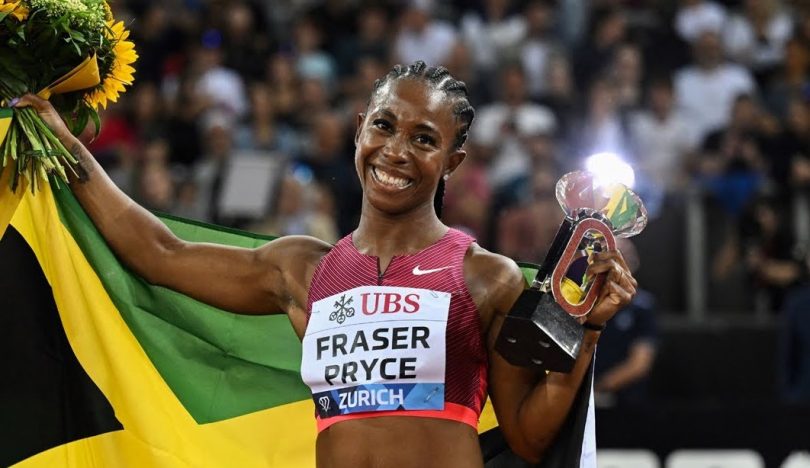 Shelly-Ann Fraser-Pryce of Jamaica ended her 2022 season with a decisive win in the women’s 100-meter Diamond League final in Zurich, Switzerland. While the competitors were called back after a false start by Jamaica’s Natasha Morrison who was then disqualified from the race, and even though she had to run into a headwind, Fraser-Pryce, 35, ran the distance in 10.65 seconds, the eighth time she has clocked under 10.70 seconds this year.

After her victory, Fraser-Pryce, dubbed “Mommy Rocket” by race commentators, said she was proud of her 10.65-second finish, noting that she began her 2022 season with a time of 10.60 seconds in the 100 meters and finished with a sub-10.70. She could ask for nothing more, she said. Fraser-Pryce also won the 100-meter world title in 2022.

Describing the situation prior to her performance in Zurich during a press conference before the race, Fraser-Pryce said that she had planned for the competitions in Lausanne and Brussels to be her final races in the 2022 season due to commitments she had with her son, Zion, who was starting school back in Jamaica. She had not planned to compete in Zurich because she wanted to be with him on his first day of school. However, just as she prepared to go home, she received an email from the school that it had decided to postpone that day. She said, “it was maybe divine intervention.”

Zion was born in August of 2017 after Fraser-Pryce went into labor while she was watching the women’s 100-meter event at the 2017 world championships. Since her son’s birth, the champion runner and eight-time Olympic medal-winner has recorded the nine fastest times of her entire career.

Fellow Jamaican Shericka Jackson finished in second place behind Fraser-Pryce with a time of 10.81 seconds, before going on to win the Diamond League title in the 200 meters an hour later.