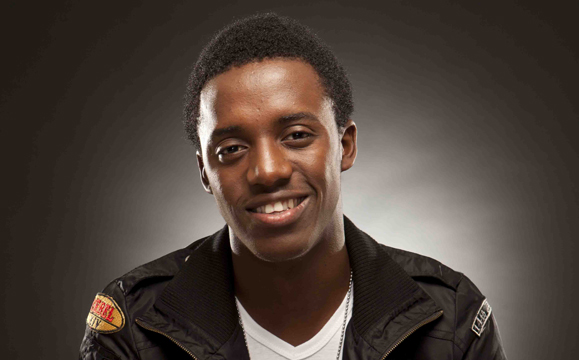 Following Romain Virgo’s brand new video for “Fade Away” featuring Assassin, the Jamiacan singer offers a breathtaking acoustic acapella version of the song on this Garth Von Glehn directed visual (premiered by The FADER). “Fade Away” is off of Romain Virgo’s latest EP Lifted (Oct 30, VP Records). His studio album Love Sick will follow in 2016.

On Lifted, Virgo unveils hope behind darkness on this concsious 8-song set filled with social commentary. He holds strong with “God Inna Mi Corner” and weeds out fake friends on “Fade Away.” While showcasing his dee-jay skills on the EDM-tinged reggae track “Badder Man,” he reveals the gripping realities of a rudeboy and opts for a different way of life. “I don’t mix up with da criminal dem, me a gwan stick to mi gal dem. I don’t care who a buss this, who a buss that, me don’t want no strap,” as he sings in the song’s closing lyrics.

To pay homage to his ladies, Virgo then offers a few ballads on his EP – including his latest romancer “Stars Across The Sky,” his Sam Smith cover of “Stay With Me” (which recieved over 2.4 mil YouTube views for its accompanying visual) and “Soul Provider” (racking in nearly 4 mil YouTube video views). This will give listeners a feel of his 2016 album entitled Love Sick (VP Records), which is a heartfelt collection mostly comprised of love songs.

Lifted follows his critically acclaimed 2012 album The System, which was described as “striking” (Washington Post), “high-quality” (BBC) and “smooth and engaging” (New York Times). Billboard also proclaimed he has “empowering messages over misogynistic and violent lyrics, intricately textured one-drop rhythms instead of frenetic digital beats” and he has “found an appreciative, multi-generational audience.”

It has been eight years since Romain Virgo became the youngest winner of TVJ’s popular Rising Stars – Jamaica’s equivalent to American Idol. In this time frame, Romain recorded his debut self-titled album with several chart-topping reggae hits (“Can’t Sleep” and “Wanna Go Home”) and his sophomore album The System. He has won numerous awards within the Caribbean community – including Entertainer of the Year by The Jamaica Recording Industry Association (JaRIA) and the Prime Minister’s Youth Award for Excellence in his native country. He made history again as the first Jamaican artist to perform at Academy of Country Music Awards in Nashville, Tennessee – where he sung his Reggae’s Gone Country rendition of “All The Gold In California” alongside original vocalists The Gatlin Brothers. His new EP Lifted and his 2016 album Love Sick will continue to show his range as a singer and as one of Jamaica’s brightest stars.