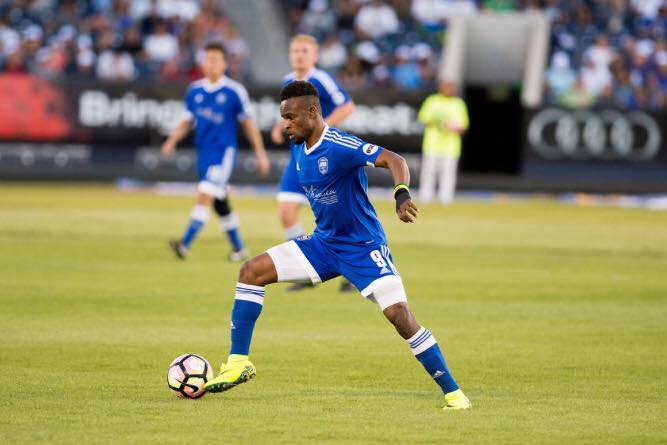 Jamaican Dane Kelly was awarded the first United Soccer League (USL) Golden Boot Award of his career. Kelly, 26, plays for the Western Conference’s third-best side, the Reno 1868 FC, and is the top all-time scorer in the League, which is the second-tier tournament in United States soccer. He was one of three statistical awardees announced by the League after the end of the regular season. Kelly said it was a “tremendous honor” to receive the award and gave credit to his teammates for helping him achieve his career-high 18 goals he made this season. Kelly is also the first player to made more than 50 goals in the USL since the beginning of the League in 2011. He has scored 66 goals in the regular season during the past five years, and in 2017, his performance resulted in his being chosen for the Jamaica National Team (Reggae Boyz) for the first time in September 2017. A hamstring injury caused Kelly to miss the last few Reno matches.