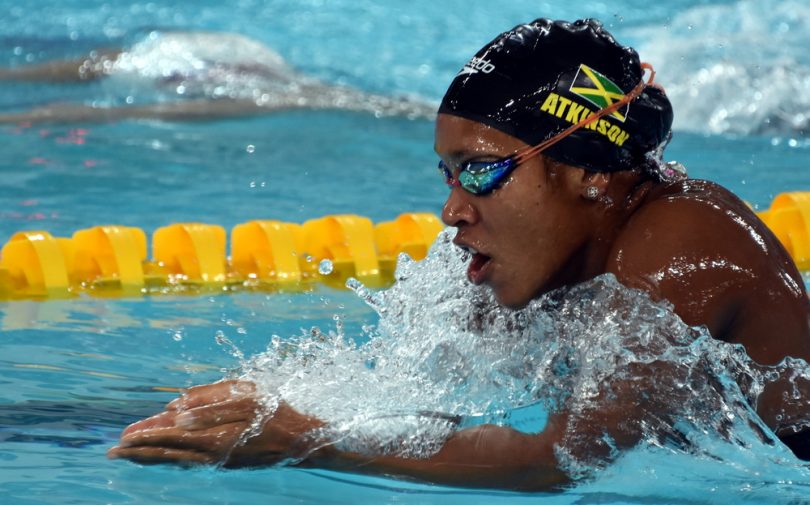 Alia Atkinson, Jamaica’s four-time Olympian, won three gold medals at the Florida Gold Coast Senior Swimming championships, which were held from March 19 through 21, 2021, dominating the competition. Competing for South Florida Aquatics, she won all three of her individual events, which meant she had 13 victories in 14 starts for 2021.

Observers made note of how Atkinson achieved her victories. She outdid herself and Jamaica by breaking the national record in the 100-meter freestyle and cruised to the final in the top seed position with a time of 50.72 in the preliminary round. In the final, she swam the first 50 meters in 23.50 seconds and won by over two seconds by completing the distance in 48.81 seconds. With this time, she became the first Jamaican woman to swim the event in under 49 seconds. She then won the 100-meter breaststroke by over three seconds, the 10th fastest time of her career and the fastest she registered since 2019. She also brought South Florida Aquatics to victory in the 200-meter medley relay, winning with a time of 1:46.71.

Ultimately, the South Florida Aquatics Club won the women’s events with a total of 1,013.50 points and also took the men’s and overall titles.