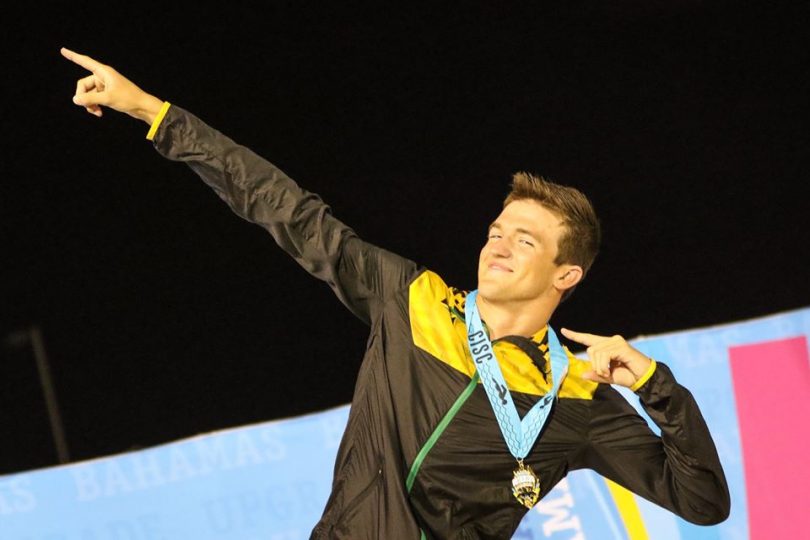 Jamaican swimmer Keanan Dols, 22, is well on his way to the 2021 Olympic Games in Tokyo slated to begin on July 23, 2021. He surpassed the “B” qualifying standard of 2:03.26 and set a new national record of 2:02.15 in the men’s 200-meter individual medley at the 2021 Pro Swim Series in Mission Viejo, California. In addition to outpacing the Olympic “B” standard, Dols also broke his previous national record of 2:03.74 that he set at the International Swim Coaches Association (ISCA) Senior Cup in St. Petersburg, Florida, on March 24, 2021. His time of 2:02.15 places Dols at the rank of sixth-fastest swimmer in the event from the Carifta region.

Meeting the “B” mark does not automatically guarantee Dols a place at the Tokyo Games, which were originally scheduled for 2020 but postponed due to COVID-19. He must now meet the “A” qualification mark of 1:59.67 to secure a spot, but has until June 27, 2021, to do so. Under Jamaica’s selection criteria for the Tokyo Games in 2020, the Olympic “B” standard was sufficient to earn one of two universality spots on the national roster. Dols is the only Jamaican male to achieve the “B” standard thus far.

Dols competed for the Gator Swim Club in Indianapolis and said that achieving the “B” qualification standard was “very special” and that he was very happy with his performance in the 200-meter individual medley. He noted that this was his first long-course best time since the summer of 2018 and that it felt “really good to be that far under the “B” standard” and to be in the position he currently holds.

Keanan Dols was born on July 24, 1998, in Sarasota, Florida. He has been described as being the most dominant medley-events swimmer since Andrew Phillips, a former national record holder who competed in the 1984 Olympic Games in Los Angeles.

Dols added that he was thankful for being a member of his training group in Florida as his teammates push him to better his performance every day. He said he learns a lot from everyone there. Dols believes the Mission Viejo competition represents a “very good start” for the summer and that he is looking forward to pushing on toward Tokyo.