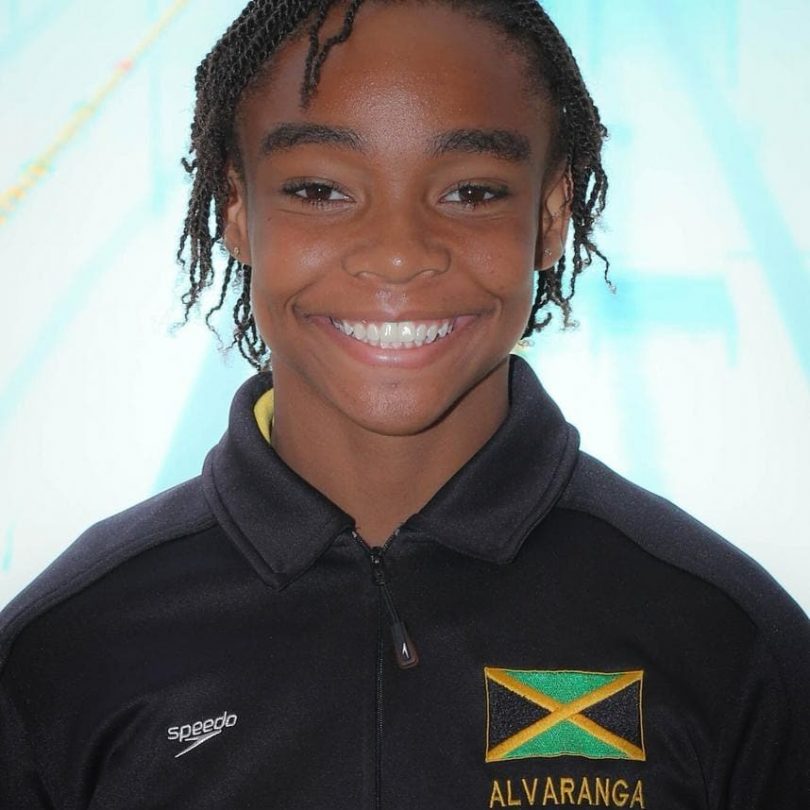 Zaneta Alvaranga earned a gold medal with a record time on the last day of the UANA (Union Americana de Natacion) Swimming Cup competition at Videna Aquatic Complex in Lima, Peru in February. Alvaranga took home a silver medal on the opening day, and then set national and UANA records to win gold in the women’s 15-17 50-meter event with a time of 27.92 seconds. Swimming sensation Alvaranga’s time in the 50-meters beat the previous record of 27.97 seconds established by Venezuela’s Lyon Lismar. Alvaranga also set a new national record for her age group in the event, beating the previous record of 28.52 seconds set by Shaun Johnson in 2018. Her gold medal brought Jamaica’s total medal count at the competition to two golds and one silver, as a gold and silver medal were won on the opening day. The total resulted in Jamaica taking 11th place in the medal ranking. Alvaranga now holds the records in the 50-meter event for the 9-10, 11-12, 13-14 and 15-17 age groups. Her gold medal was the first for Jamaica in this event at the UANA Swimming Cup. About 480 swimmers from 25 nations participated at the bi-annual championship UANA Swimming Cup event, the first international meet of the 2020 competitive season.

Commenting on her gold medal win to the Jamaica Observer newspaper, Alvaranga said she was very happy to have achieved a time in the “27-second region” and that it was “icing on the cake” to have attained a new record. She acknowledged that the second day of competition was not the best day, but noted that the final day made up for it. She said she looks forward to continuing to improve her times and to representing Jamaica to the best of her ability.

Alvaranga is a student at Immaculate Conception High School and is a member of the Kaizen Swim Club. Since she started swimming competitively, she has had the opportunity to compete in several countries around the world, including China, the United States, and Hungary. Alvaranga has a passion for her sport and is determined to remain on the path toward her athletic goals.