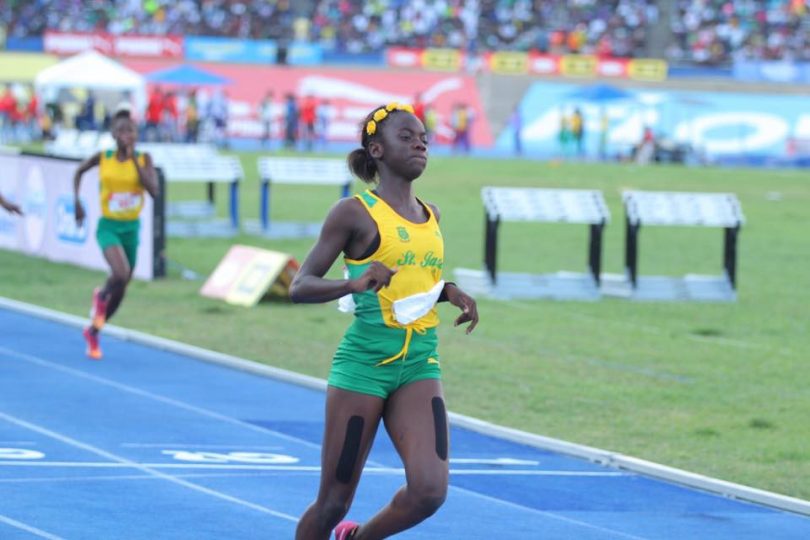 Jamaica’s Brianna Lyston, 12, turned in a spectacular performance at the ISSA/Grace Kennedy Boys’ and Girls’ Athletics Championships, also known as Champs, on March 28, 2017. The athlete broke the record in the 200 meters with a time of 23.46 seconds, earning her the title of the “next Usain Bolt.” The previous record for the distance was 24.21 seconds set two years ago.

The amazingly fast time put Brianna within two seconds of the world record in the 200 meters established by Florence Griffith-Joyner at the 1988 Olympics. Consequently, Lyston has been compared to her countryman, three-time Olympic gold medal winner Usain Bolt, “the fastest man alive.”

Lyston first received international attention in 2015 when, at age 10, she broke the record in both the 200 meters and 300 meters at the TA/Sagicor National Athletic Championships and Caribbean Union Teachers Championships in Trinidad and Tobago. She clocked 42.41 seconds in the 300 meter under-11 category, which was over a second faster than the winning time in the boys competition. Lyston says she draws inspiration from Jamaican star runner Shelly-Ann Fraser-Pryce, and while Fraser-Pryce has said she does not want to be remember for her hair style, Lyston had some fun in that department as well, demolishing the 200 meter record while wearing a crown of yellow flowers in her hair.