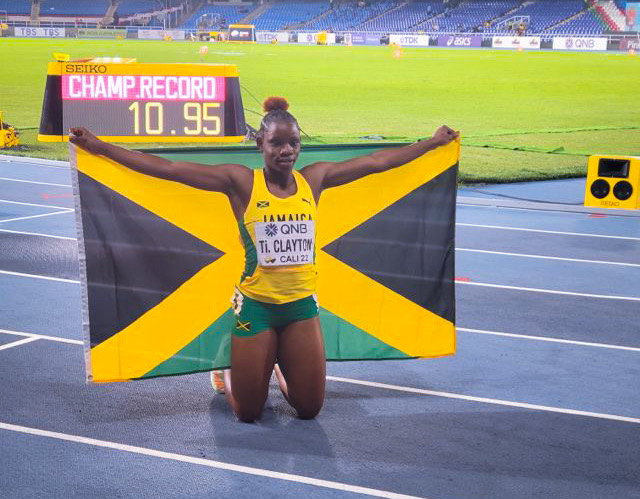 Athletics Weekly named Jamaican sprinter and World Athletics Champion the International Female Junior Athlete of the Year for 2022 on December 8, 2022. Clayton was included on a shortlist for the award that is presented according to the selection of Athletics Weekly readers and featured fellow Jamaican track and field athlete, Kerrica Hill.

Clayton received the award in recognition for her outstanding performance during the 2022 season in which she won the World Under-20 100-meter championship title, clocking 10.95 seconds for the distance, a new record. She was also a member of Jamaica’s 4×100-meter female relay team that won the gold medal in that event at the World Championships with a world record-breaking time of 42.56 seconds. In addition, Clayton managed to continue Jamaica’s dominance at the CARIFTA Games, winning gold medals in both the 100 meters and 4×100 meters. 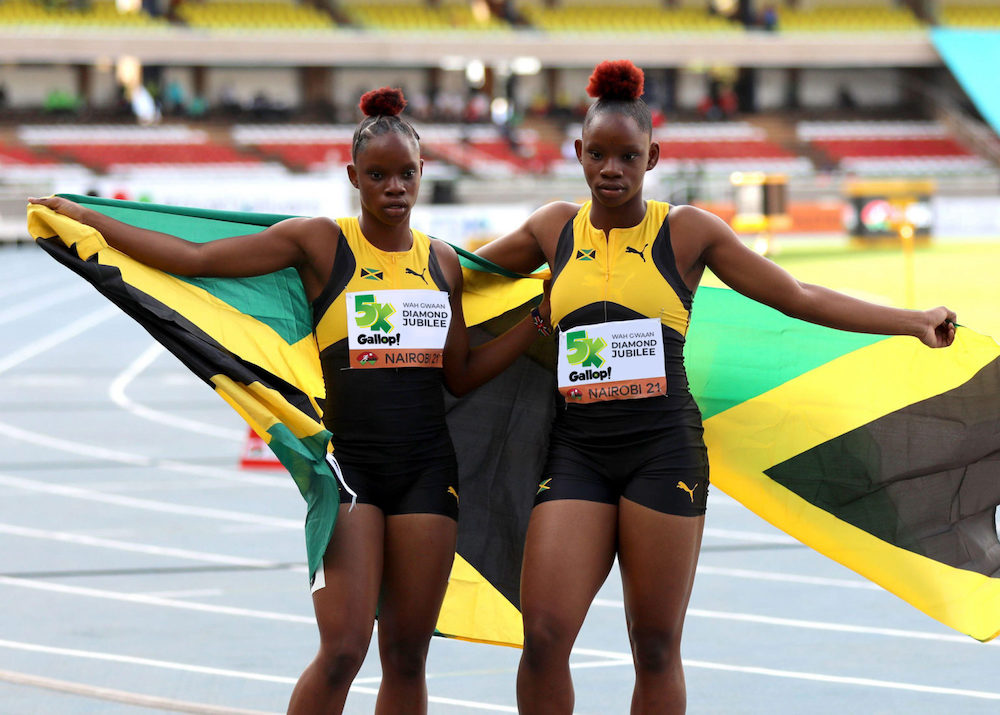 Tina Clayton and her twin Tia Clayton were born five minutes apart in Westmoreland, Jamaica, in 2004. Tina attended Edwin Allen High School and was the winner of the 100-meter and 4×100-meter gold medals at the NACAC U-18 Championships in 2021. She also ran the second leg of the U-20 4×100-meter relay that turned in the World Juniors record-breaking performance at the World U-20 championships. Her twin sister, Tia, ran the anchor leg of that relay race. Tina was also the winner of the Girls U-20 100-meter title in 2022 at the CARIFTA Games with a time of 11.22 seconds, faster than that of her twin, who took home the silver medal in the event with a time of 11.30 seconds.

The twin sisters train with Michael Dyke, the coach at Edwin Allen High School, an eight-time championship winner. Dykes first saw their potential in the competition when they competed in the Under-9 category at the JTA/Sagicor National Primary Schools Athletics Championships. The sisters enjoy competing against each other, and both greatly admire Jamaica’s multi-World Champion and Olympic gold medalist Shelly-Ann Fraser-Pryce and view her as a role model and inspiration.

Tina Clayton is currently in training at the MVP Track Club based at Utech.