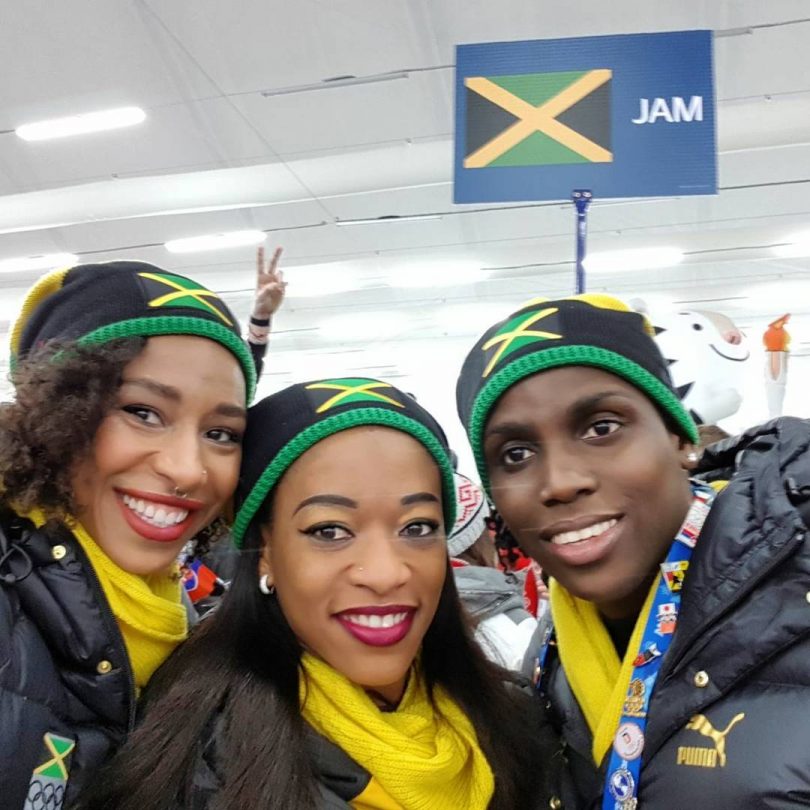 Jamaican athletes stole the spotlight at the opening ceremonies of the 2018 Winter Olympic Games in PyeongChang, South Korea, clearly winning in the unofficial category of Best Entrance. The video of the Jamaicans entering the arena with joyful dance moves instantly became a favorite online as watchers said it was hard not to feel the love expressed by the athletes who were clearly happy to be there. Olympic fans noted that Team Jamaica added some lightheartedness to the opening ceremony. Jamaica has been a favorite at the Winter Games since the legendary participation of its men’s bobsled team, which was the inspiration for the 1993 “Cool Runnings” Disney film that described how difficult it is for a tropical nation like Jamaica to qualify for the Winter Olympics. While Jamaica has just three athletes at the Games and is only participating in two events, it is still making history as Jazmine Fenlator-Victorian and Carrie Russell compete in the Two-Woman Bobsled competition and Anthony Watson competes in the Men’s Skeleton. In a heartfelt and emotional address during a press conference, Fenlator-Victorian talked about the importance for children to see people like themselves competing in sports. Fighting back tears, she said it was critical for little children to “see someone that looks like them, talks like them, has the same culture as them, has crazy, curly hair and wears a natural, has brown skin, included in different things in this world…When you grow up and you don’t see that, you feel that you can’t do it. And that is not right.” Fenlator-Victorian is a New Jersey native and competed for the United States at the Sochi Winter Olympics in 2014. She changed her affiliation to Jamaica, her father’s country, in order to enhance the country’s representation in the bobsled event and promote its historic first-time women’s bobsled team.