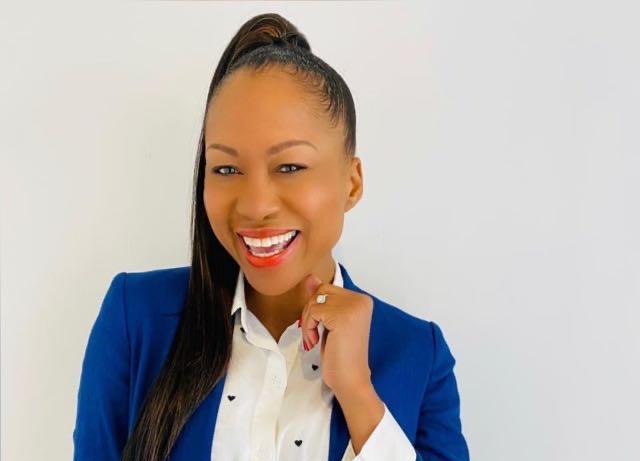 Jamaican Maxine Reyes, United States Army (Retired) Combat Veteran, Air Force veteran, philanthropist, author, public speaker, certified instructor, and Master Resilience and Relationship Coach, has been honored by the Tampa Bay Lightning, winners of the Stanley Cup, as a Community Hero for her work as Chapters Health Systems Foundation Valor Program Manager and her advocacy in the military community. The program headed by Reyes honors military veterans and first responders throughout the state of Florida. It has received a $50,000 grant from the Tampa Bay Lightning, which was presented at the January 29, 2022, game.

Reyes was born in Kingston, Jamaica, and grew up in Manchester with her great-grandmother, who died when Reyes was 12 years old. She then lived with her mother and stepfather until her freshman year of high school, after which she moved to South Florida to live with her grandmother in Pembroke Pines, attending Cooper City High School. She later graduated from Miramar High School, where she was voted “Most Talented” at her Senior Prom for her singing. She then decided to join the military to pursue her education, gain professional skills, and take the opportunity to travel.

Reyes joined the US Air Force after graduating from high school, serving 11 years before transferring to the US Army and becoming an officer. She then served in a combat zone and worked in various roles, including commander, instructor, and budget and finance officer, along with the additional duties of casualty officer, investing officer, and more. During her military service, Reyes earned several degrees and self-development certifications.

She retired from the military with an honorable discharge and is currently pursuing opportunities in the media and entertainment fields. She is the Valor Program Manager for Chapters Health Systems, an entity that honors military veterans and first responders. She is also the Founder and CEO of the Courage and Grace Foundation, a non-profit that supports Girls’ Confidence and Youth Education programs through scholarships, mentorship, and the arts, as well as causes supporting the community of military families.

Reyes has inspired and entertained a wide range of audiences with her singing and speaking events, including a President of the United States, dignitaries of Qatar, coalition troops in Afghanistan, collegiate students, and Wounded Warriors of the Armed Forces. Her inspirational music can be found on most streaming platforms. Through her speaking endeavors, Reyes covers women’s empowerment, marriage and relationships, teen and youth events, and schools locally and internationally. She also collaborates with local businesses to serve causes that affect youth, the military community, and the community that she lives in.

Reyes has mentored hundreds of individuals, gaining praise for her exceptional leadership style and her outstanding community service. She founded the “Doctor Bird Scholarship Award” with her husband to recognize educational excellence at her primary school in her native town of Marlie Hill, Jamaica. Her philanthropic and leadership excellence has been recognized by the Greater Miami Chamber of Commerce, which presented her with the “Military Person of the Year” award. In 2016, her exceptional level of community involvement in Orlando resulted in a proclamation that July 14 was designated “Captain Maxine Reyes Day.” Reyes is especially drawn to causes that support strong military families and the health of underprivileged women and children. She believes that all things should be approached with Love, Courage, Grace, and Gratitude.

Reyes was selected to be the keynote speaker for Working Women of Tampa Bay’s International Women’s Day event.