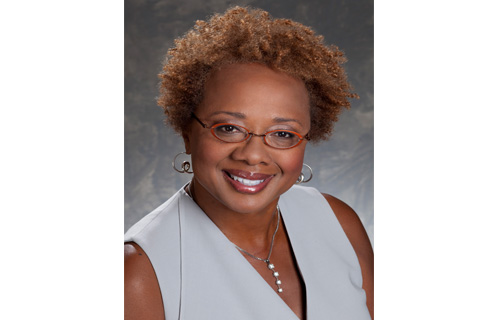 Some 200 patrons are expected to participate in the daylong event which will include three panel presentations and the Scholarship Luncheon. The sessions will include groups of professional and renowned first and second Jamaican women who will share their experiences at morning session Smashing the Glass Ceiling with CNN National Aviation and Government Regulation reporter, Rene Marsh, Carnival Cruise Vice President Marie McKenzie; and Broward Health North Executive, interim President and CEO, Pauline Grant.

A panel on Transformation follows with clinical sexologist and psychologist, Dr. Karen Carpenter, author and inspirational speaker, Dr. Audeanne Donaldson and registered nurse and inspirational coach, Eva Francis. An afternoon session on Mentoring will close the activities with a panel including CEO, Code Fever Miami/Black Tech Week, Felicia Hatcher, Communications and Community Development Consultant, Sharu Goodwyn, and Baltimore attorney who excelled to top of his class coming from humblest of beginnings in rural Jamaica, Jermaine Haughton.

Guest speaker at the Scholarship Luncheon is second generation Jamaican, Mrs. Paula Madison, who successfully rose to the top of network television at NBC Universal. Mrs. Madison tells an interesting story as she traced her roots back to Jamaica and China and chronicled her history in the riveting book, Finding Samuel Lowe-From Harlem to China, spanning four generations and moving between New York, Jamaica, and China, a powerful memoir that is a universal story.

“It is outstanding that we have been able to assemble this exciting group of Jamaicans to present at this year’s Conference. Our first Conference was such a success that it was a challenge to find engaging panelists at the top of their game, but we did it! This is an event not to be missed,” says Dahlia Walker-Huntington President of JWOF.

The event as with all others hosted by the JWOF members is known for the signature shopping gallery where retailers showcase a variety of items – clothing, jewelry, hand-crafted leather sandals, accessories and Jamaican Art.

Launched in April 2013, Jamaican Women of Florida is a Florida Not-For-Profit and an IRS 501(c)(3) Tax Exempt corporation that has grown from an original 20 founding members to more than sixty members and continues to provide an outlet for Jamaican women in Florida to empower themselves through charitable and educational endeavors, personal development and mentoring.

Through their ongoing commitment to engage and assist in the development of leadership and personal skills of Jamaican women in Florida, the JWOF members continue to give back to the next generation of young women through several programs including their annual renewable “Powerful Women…Next Generation” scholarship program. This scholarship helps a college-bound Jamaican-American female student chart her career through college and sustained for a four-year degree, two such students are already benefitting as they are now enrolled at universities. Jaime Noicely, the first recipient is currently enrolled at Florida Atlantic University pursuing studies in pre-law while Adrianna Jones is completing her first year at University of Florida as a biology major. A third recipient will be awarded at the Scholarship Luncheon this year. Under the mentorship of JWOF members, these young women are mentored by the members in leadership and personal skills as they prepare to operate in a global environment.

The organization of vibrant professional women has made several strides through fundraisers, networking sessions and collaborative efforts. One feature is the adoption of young female residents at Melody House Girls’ Home in Montego Bay, Jamaica. “We have been able to achieve these milestones because of the support of our members and the community” stated President of the three-year old organization, Dahlia Walker Huntington, attorney and community activist.

Sponsorship and vendor opportunities are still available to interested persons. Information on details of the Conference are available at www.jamaicanwomenofflorida.com and www.facebook.com/jwoflorida or by calling 561-320-1391.