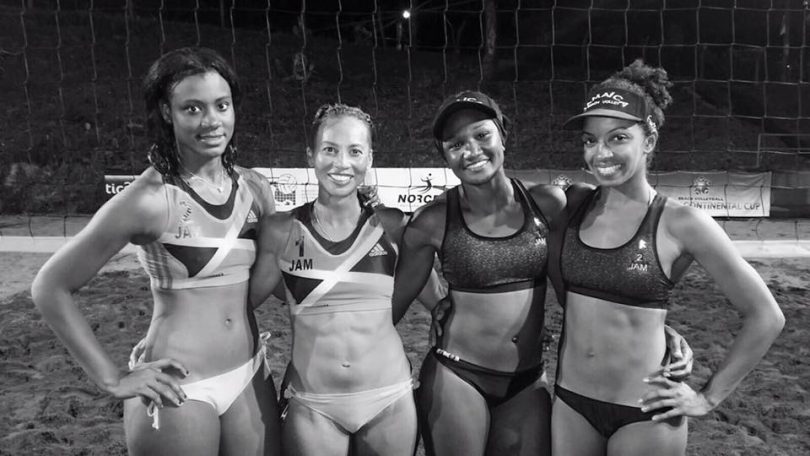 The women’s beach volleyball team of Jamaica will advance to the final round of the Central America and Caribbean Volleyball Confederation (NORCECA) Olympic Games qualifiers after a 3-2 win over St. Lucia in El Salvador. The victory put the Jamaicans into the sixth and last qualification position, but they may achieve a higher ranking after playing their next game against Trinidad and Tobago on May 15, 2016. The team defeated the U.S. Virgin islands by a score of 3 to 1, but lost to Guatemala 3 to 2 in games played May 12, 2016. Jamaica’s team – Kai Wright, Danielle Perry, Sashalee Wallen and Alicia Perry – will play in the fourth and final round of the Olympic qualifiers in Acapulco, Mexico, June 20-27