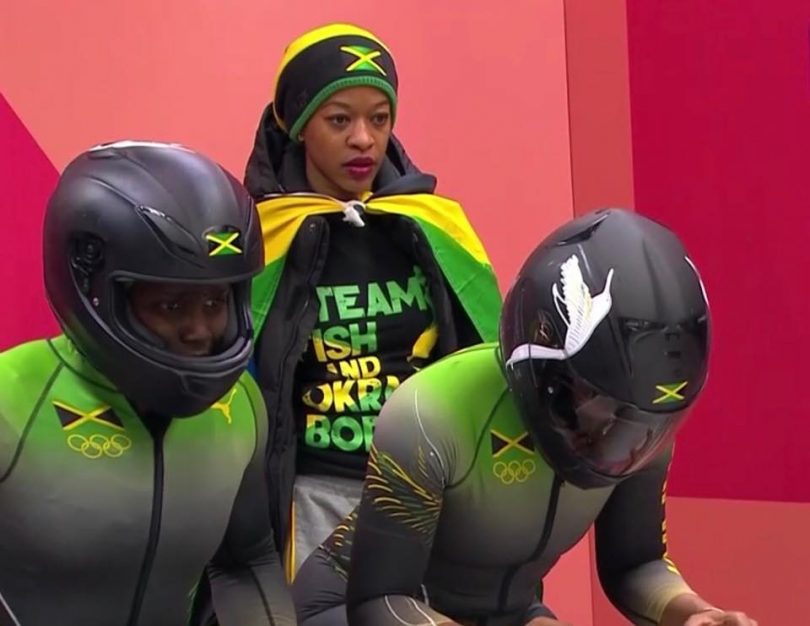 Jamaica’s first Olympic women’s bobsled team finished 19th in the competition at the Winter Olympics in Pyeongchang, South Korea, on February 21, 2018, following the third and fourth heats at the Olympic Sliding Center. Jazmine Fenlator-Victorian and Carrie Russell – and Audra Segree as the alternate – made their historic appearance as the first female team to compete at the Winter Games. Their third descent was clocked at 51:83 seconds after a 5:50 start. They finished with speeds totaling 127.1 kilometers per hour. They made their fourth and final run 20 minutes later that registered 51:32 seconds, despite a 5: 57-second start, which was the slowest in the competition. The team’s cumulative score was 3:25:94, which put them 3:49 seconds behind the winners of the gold medal, Mariama Jamanka and Lisa Buckwitz of Germany, who registered 3:22:45. The fourth heat for the Jamaican team was actually the 13th-fastest time on the descent. The United States won the silver medal with a time of 3:22:52, and the Canadians won the bronze medal with 3:22:89. On February 20, the Jamaicans had times of 51:29 seconds on the first run, which ranked them in a tie for 17th place.