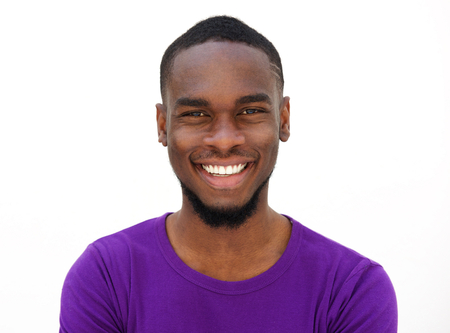 Humor and jokes play a very important role in the Jamaican culture. Here is a collection of  Clean Jamaican Jokes submitted to us by visitors to Jamaicans.com.

One night a man was was relaxing watching TV when out of the kitchen
comes his wife with a pan –BOOF!– “a who nayme Shiela?” asked the wife, “mi disya
payp eena yuh pocket wid di nayme Shiela pon it, who is she?”. The man rubbing his
headback said “me and Richie did dung ah di racetrack tiddeh an dat is di nayme of di
horse weh we bet pan, a wah duh yuh?!!”. So the wife apologized, kissed his
headback, and went back to her chores. 15 minutes later the wife storms out of the kitchen
again –BOOF!! BAM!!– “A WHA DUH YUH?!!” shouted the husband, and the wife shouts
back “YUH HORSE DEH PON DI PHONE!!”.

This buoy wen a walk pon de road and car lick im dong, him when a bleed and him did knock out. Somebady say:
“Get di buoy som suga and wata nuh”. Di buoy git up and say “Get mi som bun and cheese too”.

A Rastaman Went To Visit An Old Family Friend. Rastaman Knock Pon Di
Door
And Smaddy Inside Seh: ” A Who Dat”

Rastaman—– ” I And I, Jah Rastafari, King Of Kings, Lord Of Lord:
Conquering Lion Of The Tribe Of Judah, Son Of Haile Selassie I”

The Person Inside Replied: “A Me One Dey Yah, An Mi Nah Open De Door
Fi So Much Ah Oonu”.

Send back the Champagne

Bexx Wednesday, October 09, 2002 – 11:49 AM
A Jamaican guy enters a restaurant and while sitting at his table he notices a gorgeous woman sitting at another table alone. he calls the waiter over and asks for a bottle of the most expensive champagne to be sent over to her knowing that if she accepts it she will be his.

the waiter gets the bottle and quickly takes it over to the young lady, saying that it’s from the gentleman. she looks at the champagne and decides to send a note back to the Jamaican, the note reads…

“for me to accept this bottle you need to have a Mercedes in your garage, a million in the bank and 9 inches in your trousers.”

After Reading this note the Jamaican sends back a note of his own, it reads…

latoya Wednesday, October 09, 2002 – 2:13 PM
An elderly Jamaican man lay dying in his bed. While suffering the agonies of impending death, he suddenly smelled the aroma of his favorite Jamaican pastry, ‘Gizzada‘ wafting up the stairs. He gathered his remaining strength, and lifted himself from the bed.

Leaning against the wall, he slowly made his way out of the bedroom, and with even greater effort, gripping the railing with both hands, he crawled downstairs. With labored breath, he leaned against the door frame, gazing into the kitchen. Were it not for death’s agony, he would have thought himself already in heaven, for there, spread out upon waxed paper on the kitchen table were literally dozens of ‘Gizzadas’.

Was it heaven? Or was it one final act of heroic love from his devoted wife of sixty years, seeing to it that he left this world a happy man? Mustering one great final effort, he threw himself towards the table, landing on his knees in a rumpled posture. His parched lips parted, the wondrous taste of the ‘Gizzada’ was already in his mouth, seemingly bringing him back to life.

The aged and withered hand trembled on its way to a ‘Gizzada’ at the edge of the table, when it was suddenly smacked with a ‘dutch-pot’ by his wife…… “Move yu back-side!” she said, “Dem ya a fe you funeral.”

Simone Saturday, October 12, 2002 – 3:36 PM
Once upon a time in the kingdom of Heaven, God was missing for six days. Eventually, Michael the archangel found him, resting on the seventh day. He inquired of God. “Where have you been?” God sighed a deep sigh of satisfaction and proudly pointed downwards through the clouds, “Look, Michael. Look what I’ve made!”

Archangel Michael looked puzzled and said, “What is it?”

“It’s a planet,” replied God, “and I’ve put Life on it. I’m going to call Earth and it’s going to be a great place of balance.”

God explained, pointing to different parts of earth. “For example, northern Europe will be a place of great opportunity and wealth while southern Europe is going to be poor. Over there I’ve placed a continent of white people and over there is a continent of black people,” God continued pointing to different countries. “This one will be extremely hot and while this one will be very cold and
covered in ice.”

The Archangel, impressed by God’s work, then pointed to a land mass in the Caribbean and said, “What’s that one?”

“Ah,” said God. “That’s Jamaica the most glorious place on earth. There are beautiful beaches, blue mountains, streams, hills, and waterfalls. The people from Jamaica are going to be very handsome, modest, intelligent and humorous and they are going to be found traveling the world holding good jobs. They will be extremely sociable, hardworking and high-achieving, and they will be known throughout the world as diplomats and carriers of peace, play football and go to the Winter Olympics.”

Michael gasped in wonder and admiration but then proclaimed, “What about balance, God? You said there would be balance!!!”

God replied wisely, “Wait until you see the idiots that run their government.”

Winnie Thomas – Saturday, October 12, 2002 – 3:40PM
Two years ago I visited Jamaica. I went to the hospital to visit a
friend. I overheard the nurses giggling about something one of the dying patients said.
Curious to hear the joke I asked them what it was: A nurse went up the dying
councilor and asked him if he was feeling pain. The dying man turned to the nurse and
shouted paaaain,paaaaain

OF COURSE, THIS MAN WAS A 36 YEARS VETERAN IN THE PNP PARTY.