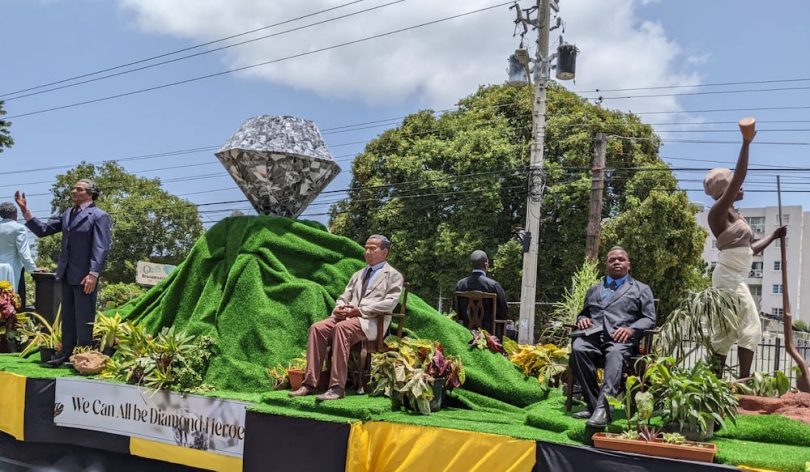 On Monday, August 1, 2022 the Emancipation street and float parade under the theme ‘Reigniting a nation for Greatness’ to celebrate the 60th year of Freedom from slavery started at 10:45am.

Jamaicans, turning out in droves were indeed reignited for greatness and entertained as the parade moved from Ranny Williams Entertainment Centre to the National Stadium car park.

Marching bands, cheerleaders, stilt walkers, paraders of all ages in a display of a modern-day version of the 1962 celebration of Emancipation from British slavery prancing along. 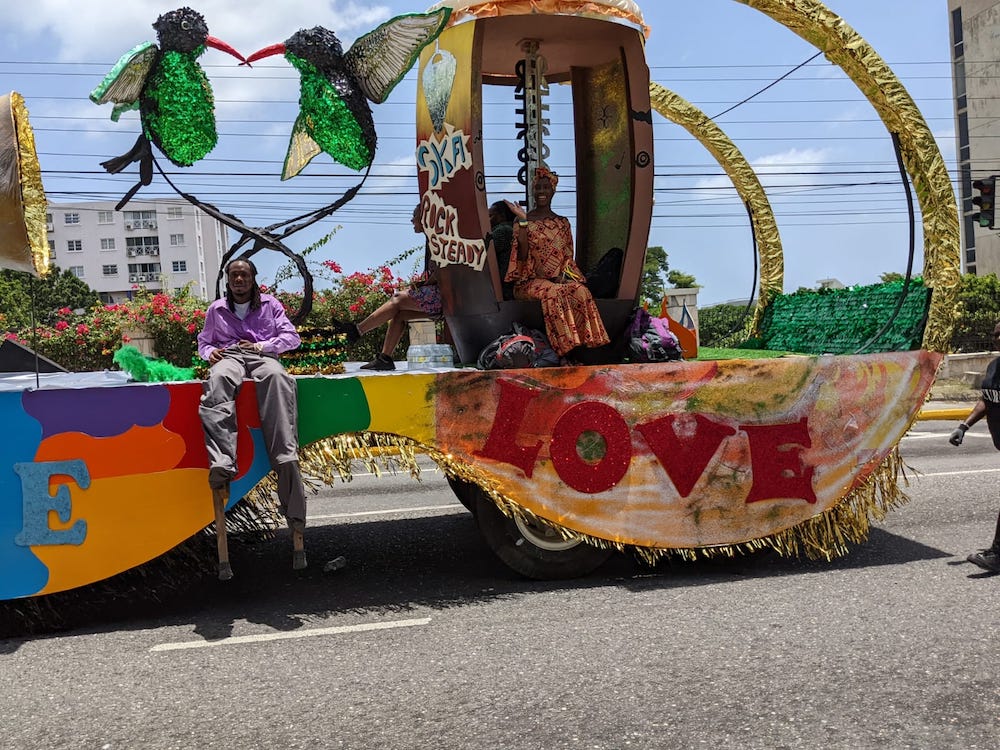 Eight floats and 7 music trucks, classic antique and vintage cars, 7 costumed groups, youth groups, forming the line went from Ranny Williams Entertainment Centre to Half Way Tree, turning unto Half Way Tree Road then to Oxford Road before moving along Arthur Wint Drive to end in the car park of the National Stadium. Over 1,000 costumed performers including Johnknoo characters, men on stilts even jugglers parading Jamaica’s vibrant culture through visuals dance, music and short stints. 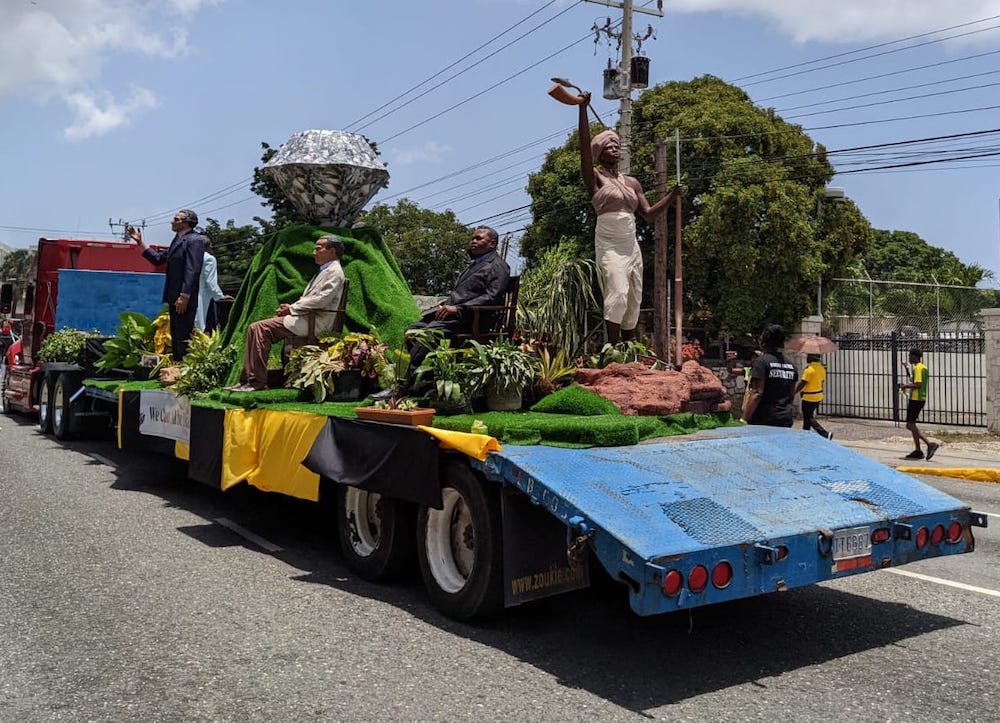 The Jamaica Cultural Development Centre led by Minister of Culture, Gender, Entertainment and Sport Olivia “Babsy” Grange was at the helm of the day’s activities. However, the parade was led by the Crime Stoppers float of the Jamaica Constabulary Force (JCF), who were convincing that their focus was to reignite the nation back to peace, love and unity. Jamaicans were enveloped in the human side of the JCF who kept them revived with the singing of Festival gospel greats such as “When my Heart is overwhelmed, lead me to the rock!”

The Jamaica Defence Force followed and relaxed the public with smiles during their participation in celebrating Jamaica. They brandished their coast guard among other divisions as the Fire Brigade followed in bright red trucks. 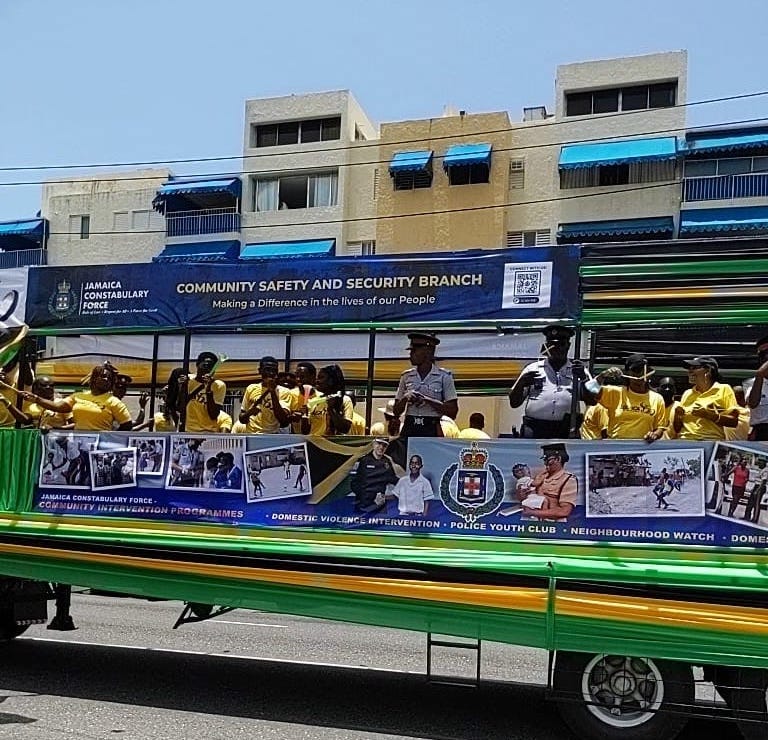 The releasing of the peace doves was a memorable halfway mark of the parade.

Before the doves were released from the God is love Float during the Half Way Tree stop, no one could refuse from acknowledging The Shelter and Tower of God from the enemy. The float’s highly energetic shepherd led the Jamaicans from his platform into the singing of and swaying to the song with renewed commitment. Revivalists also had their turn to commemorate their integral role in Jamaica’s history with even the Prime Minister joining in a few of their chants. While effigies of Jamaica’s National Heroes decked the float, a diamond to represent the 60th anniversary spun at the top.

Custos of Kingston and Saint Andrew, in his brief speech reminded listeners of the 1962 moment of freedom from slavery when praises were given to God. This was before Honourable Prime Minister Andrew Holness gave greetings and Archbishop the Most Hon Kenneth Richards blessed the doves before their release. Dignataries included the Kingston Mayor Councillor Delroy Williams; Archbishop Kenneth Richards, chairman of the Jamaica Umbrella Group of Churches; and Bishop Conrad Pitkin, chairman of the Committee for the Promotion of National Religious Services Diplomatic Core, Members of Parliament, Leader of the Opposition acknowledged and welcomed by the PM. The Prime Minister’s brief greeting was the nation’s motto. 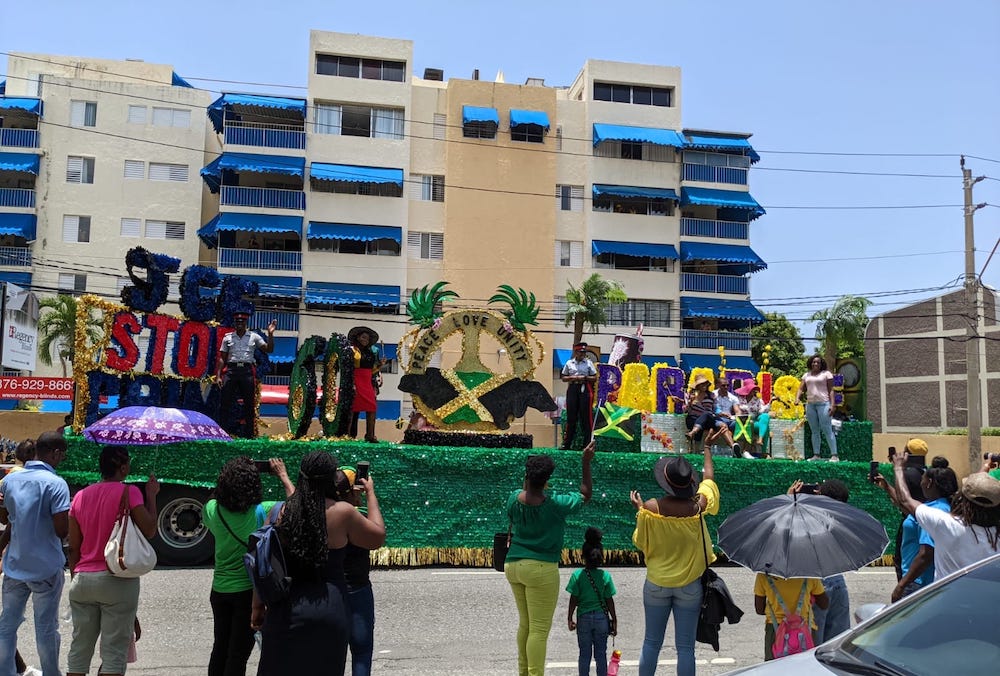 The God of Love Float was complimented by the Convoy of Beauty donned by a representation of the nations beauty queens including the queen of the Float parade Tony Ann Singh.

Balloons in Unity was a special float created by balloon art designer Guido Verhoef specially flown in from the Netherlands. It featured a huge humming bird pollinating the Lignum Vitae tree decked with yellow and black butterflies made from balloons. A yellow snake checkered with black nibbled away at a few leaves also made from inflated balloons. Alongside the float a huge balloon effigy of a rastafarian danced away as females clad in balloon carnival costumes danced the day away. 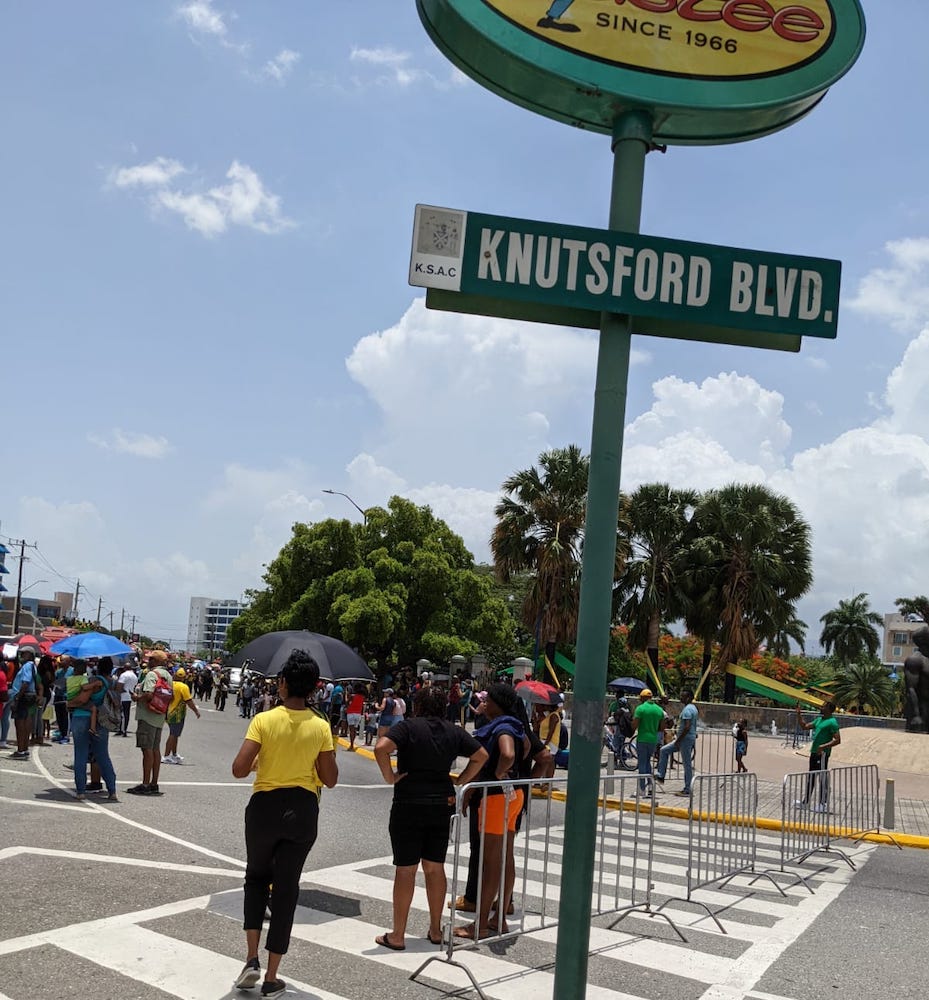 The Reap What You Sow float was among the more impacting Floats with a more than life-sized basket of fruits and other produce being pulled by a white plane from the airline Xport. The splendour of all the floats delivered a shin ding and paved the way for anticipation of the weeklong Independence celebrations.

Most of the floats were designed by Patrick Brown whose main aim was to bring back the float parade he loved as a child. Other floats were Unity, Bridges to Progress. During the days events music belted from the trucks such as Sounds of Greatness highlighting music from 1962.

Roy Rayon and Eric Donaldson filled in with their winning festival hits. 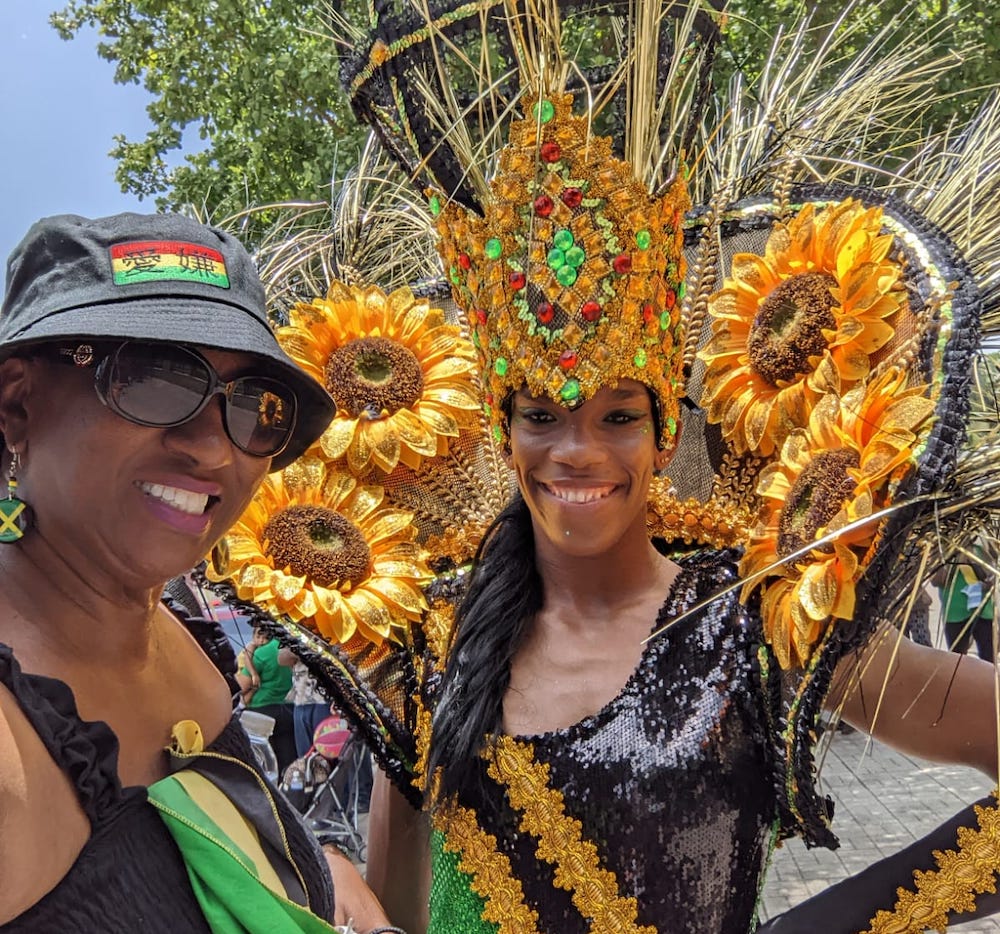