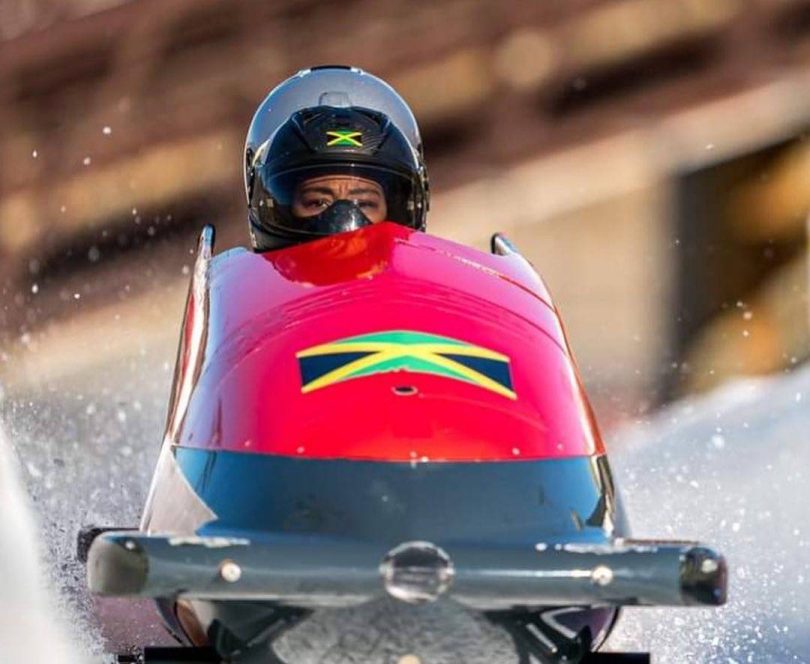 Jazmine Fenlator-Victorian, 36, a Jamaican bobsled athlete, finished third overall during the North American Cup season, earning her a spot in Winter Olympics competition in the one-woman bobsled (monobob) event in Beijing, China, in February 2022. Fenlator-Victorian, who has twice competed at the Olympics, had an accumulation of 766 points over the entire season and was ranked in 24th place by the International Bobsled and Skeleton Federation (IBSF), the agency that determines which athletes qualify for the Winter Games. The ranking is based on Fenlator-Victorian’s performances on the World Cup, Europe Cup, and North American Cup circuits. Her current 24th-place position gives her a National Olympic Committee (NOC) place in Beijing in 2022 for the monobob which is a single-person bobsleigh. Fenlator-Victorian said that her goal for the Olympics in 2022 is the same as for her two previous appearances: “to stand at the top of the hill confident in the work I put in to get there.” She added that she trusts the process and is eager to represent Jamaica, its culture, and herself to the best of her abilities. Fenlator-Victorian noted that she always wants to do the best she can, and she believes that with her knowledge she can make history again for Jamaica, the Caribbean, and for black athletes in winter sports. She sees her role as a chance to break down the barriers in the sport for the future.

While she feels positive about her achievement in qualifying for the Winter Games, Fenlator-Victorian also acknowledged that she had to overcome some challenges along the way. She recently lost a sister and has had to struggle to balance her sports career with her entrepreneurship. She does not shy away from challenges, however, and has successfully developed a positive approach to her experiences and has achieved a competitive mindset. Commenting on her bobsled career, she noted that it had always presented challenges. The 2021 season was marked by difficulties in traveling during the COVID-19 pandemic, continuing to run her own business while competing as an athlete, the death of her sister, a return to bobsledding after a three-year absence, and being an older athlete, have all had an impact. In addition, the Jamaican team’s hardships relating to equipment and finances also took a toll.

She takes a positive view, however, noting that she learned a lot from her experiences, and if being an Olympic athlete was easy, everyone would do it. Her journey to the Winter Olympics has been challenging but allowed her to evolve in ways that are positive for her going forward. She is focusing on her third participation at the Olympics and plans to experience the unique experiences of the 2022 competition as fully as possible.