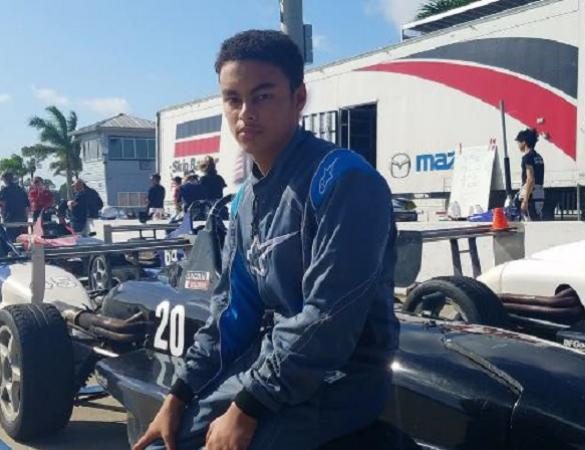 Jamaican Justin Sirgany, 15, an F4 U.S. Global Racing Group rookie, will join over 30 other drivers to compete at the Mobil 1 Sportscar Grand Prix on July 8-9, 2017, at Canadian Tire Motorsport Park in Bowmanville, Ontario. This will be the first international event for the Formula 4 United States Championship Powered by Honda team. It will be Sirgany’s first time competing in Canada. Steven Oseth, SCCA Pro Racing vice president, said they are excited to travel to CTMP because the F4 concept is a brand recognized around the world, so it makes sense to bring the series to what has been called the most challenging race track in North America. According to Oseth, F4 U.S. competition is “tailor-made” for Canadian open-wheel race fans, adding “we are pumped” to bring over 30 cars to provide the F4 U.S. experience. Sirgany said he is excited about racing in Canada because it has a rich racing history. The Canadian Tire Motorsport Park is an old Formula 1 track, he noted. He also said he is excited to visit a country he has neve seen and that he “can’t wait to burn some rubber.” Sirgany will drive the No. 39 Bob Marley Foundation neon-green-and black-striped car. He has one top-ten finish for the season, and his team is in third place in the F4 U.S. Championship standings heading into the Canadian event.

The F4 U.S. car is designed to be an internationally recognized, affordable step between karting and F3. It provides a great learning tool for young drivers who are new to racing. Each F4 U.S. car has a Honda Civic Type R engine detuned to meet FIA regulations, a Crawford F4-16 chassis, and two sets of Pirelli PZero tires.

Check out Justin Sirgany Gofund me