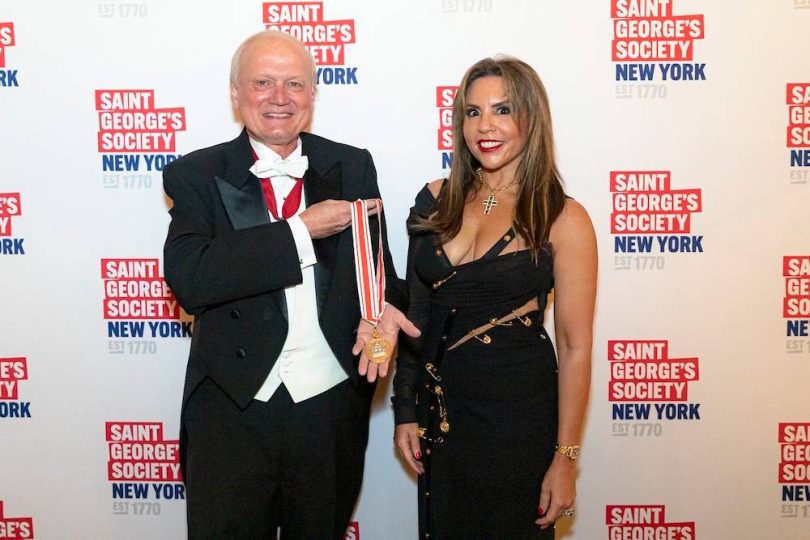 St. George’s Society of New York (SGSNY), one of the oldest charities in America, awarded their 2021 Commonwealth Award to Jamaica’s Paula Kerr-Jarrett, noted Philanthropist and Social Entrepreneur in recognition of her immense contributions to the Jamaican community. The award was introduced by former Jamaican Consul General, Geneive Brown-Metzger and Sir Richard Branson, via video, at the annual English Ball on Tuesday 26th October 2021 at The Pierre in New York City.

Showcasing SGSNY’s work and celebrating the achievements of the three distinguished honorees, the event raised over $600,000 USD including $120,000 on the night for its Scholarship Program serving CUNY students of British and Commonwealth heritage across New York’s five boroughs. Established in 2008, the program aims to help undergraduate students in their final year complete their degrees and launch their careers. SGSNY scholars boast a 98% graduation rate—compared the US average of 45%—with 70% women and 98% Black or people of color. Since 2017, 98% of scholars are from or of Caribbean descent, including 16% Jamaican. 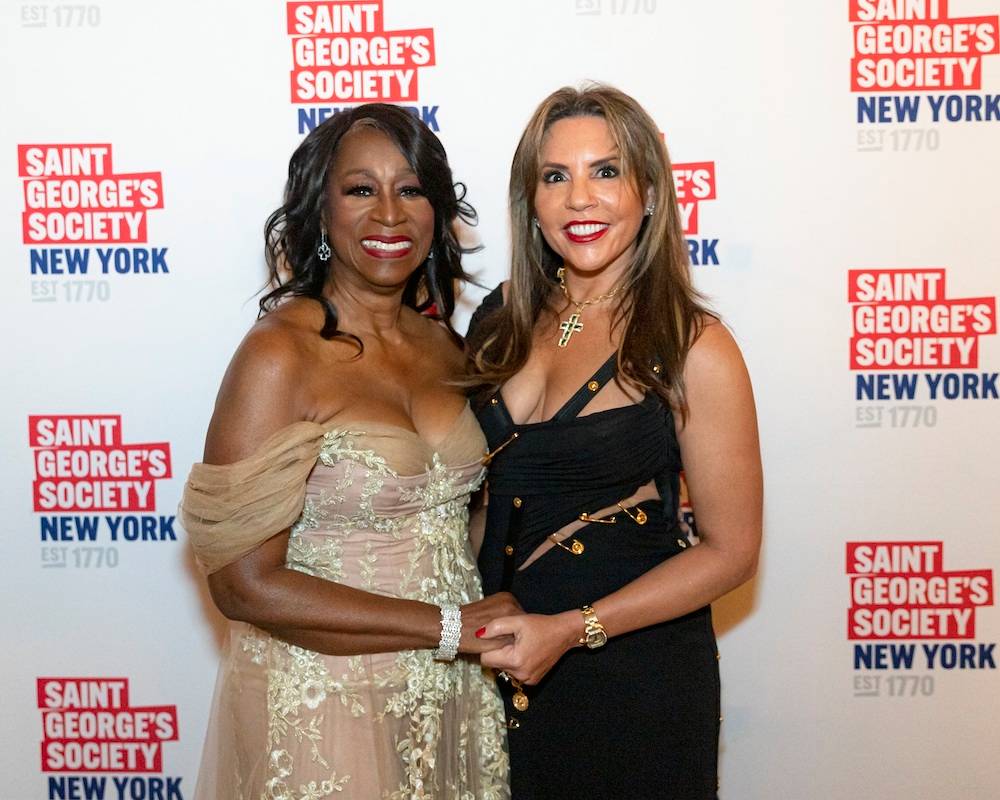 Upon accepting her award Kerr-Jarrett spoke directly to SGSNY’s scholars, “You can be anything. Set your goals high. You have the support of people like this in the room who are always willing to step up to the plate and who are limitless in their generosity. So go for it, we’re backing you and be the best that you can be.“

In addition to the Scholarship Program, SGSNY also provides vital financial and quality-of-life support to vulnerable seniors in New York through its Beneficiary Program—many of whom are Caribbean nationals. The program ensures that clients receive critical social services as well as the emotional support and guidance needed to live out their lives with dignity and in the security of their own homes.

“It was wonderful to be back in person at this year’s gala. Our community is passionate about supporting future leaders through our scholarship program” said Clare Risman, Executive Director SGSNY. “We know the need is great, and our ambition is to support 100 CUNY scholars annually by 2028, the 20th anniversary of the program.”

About St. George’s Society of New York
St. George’s Society of New York is a charitable organization dedicated to enriching the quality of life for people in need. Founded in 1770, SGSNY has aided thousands of disadvantaged people in New York through the unwavering support of its passionate membership community. From protecting the elderly on the brink of homelessness and enabling final-year students attain a college degree to providing guidance and support for families affected by pediatric cancer, SGSNY provides vital assistance when it is needed most. SGSNY’s vibrant network of influential people and partnerships with key organizations in the British and Commonwealth community make it a preeminent social and philanthropic group in the Tri-state area. HRH The Duke of Gloucester KG GCVO, a first cousin of Her Majesty Queen Elizabeth II, is SGSNY’s Patron. www.stgeorgessociety.org