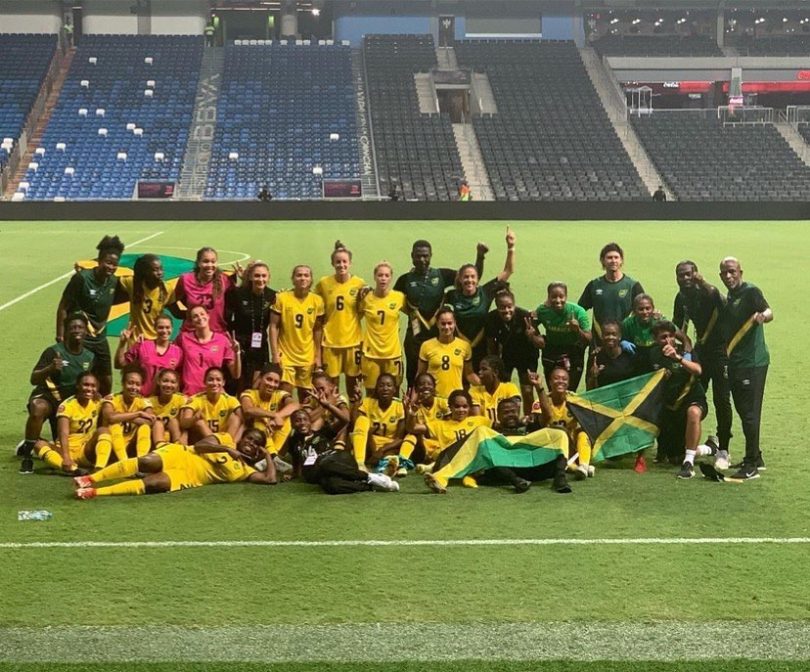 With a 4-0 defeat of Haiti, Jamaica’s national team, the Reggae Girlz, have qualified to play in the 2023 Women’s World Cup Championship in Australia and New Zealand. Khadija “Bunny” Shaw scored twice, while Trudi Carter and Drew Spence each made a goal to bring the total to four for the win.

Jamaica broke a back-and-forth deadlock in play with Shaw setting up for a goal by Carter, whose right-footed shot outwitted Haiti’s goalkeeper Nahomie Ambroise to put the Reggae Girlz in the lead 1-0 in the 26th minute. Haiti pushed to score throughout the match, but Shaw took advantage of the space left behind to send a right-footed shot past the goalkeeper to increase Jamaica’s lead to 2-0 in the 58th minute. Jamaican goalkeeper Rebecca Spencer stopped a good effort by Melchie Dumornay of Haiti to score in the 63rd minute. Following a handball for Haiti in the area, Shaw, a striker for Manchester City, achieved her third goal from the penalty spot, giving Jamaica a 3-0 lead in the 70th minute. In the 79th minute, a header from Spence off a free kick completed the winning score of 4-0, and Jamaica had its first Concacaf Women’s Championship victory against the Haitian team in three tries.

Commenting on her team’s victory, Shaw observed, “We are a small island, but we can do big things.”

The win over Haiti also represents Jamaica’s second qualification to the FIFA Women’s World Cup. Four years ago, the Reggae Girlz made history in the United States when they became the first Caribbean to reach the prestigious event. Their first qualification came with a victory over Panama in 2018 with a score of 4-2 on penalties in their third-place playoff match in Texas.

Chris Samuda, president of the Jamaica Olympic Association (JOA), congratulated the team and promised support from the JOA, saying the win over Haiti is the beginning of a journey for the Reggae Girlz, and the JOA will journey alongside them as a team of one of the organization’s members, the Jamaica Football Federation (JFF), he added.

Next up are the Concacaf final semifinal matches, with Jamaica facing Canada and the United States, the defending world champions, playing Costa Rica. Haiti ended in third place in Group A, but still has a chance to make the World Cup when they participate in an intercontinental playoff in New Zealand in February 2023. Panama defeated Trinidad and Tobago 1-0 to take third place in Group B and a chance to make the World Cup in the intercontinental playoff as well.