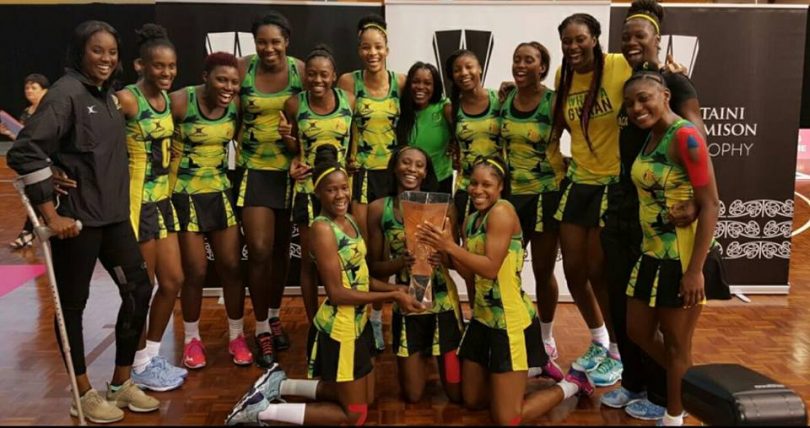 The Sunshine Girls, Jamaica’s senior netball team, has moved up a place in the most recent world rankings and is now in third place, according to the International Federation of Netball Association. The new rankings are based on matches played up to December 2, 2018, and include the Sunshine Series, Canada vs Cayman Islands Test Series, Netball World Cup 2019 Qualifiers in Africa, the Americas and Asia, the autumn Quad Series (between Australia, England, South Africa and New Zealand), and the recent England vs Uganda Series.

The Jamaican team has a 172 ranking, which is equal to Number Four England. New Zealand is one point ahead with 173, while Australia leads the rankings with 211.

Not content with these victories, the Jamaican team went on to win a silver medal at the 2018 World Netball Series FastNet Tournament in Melbourne, Australia, after a narrow loss in the final of 34-33 to New Zealand. Sharmeera Sterling, Jamaica’s defender, received the Most Valuable Player award at the tournament. This was the second consecutive loss at the World FastNet Tournament for the Sunshine Girls, who lost to England in 2017 with a score of 34-29.