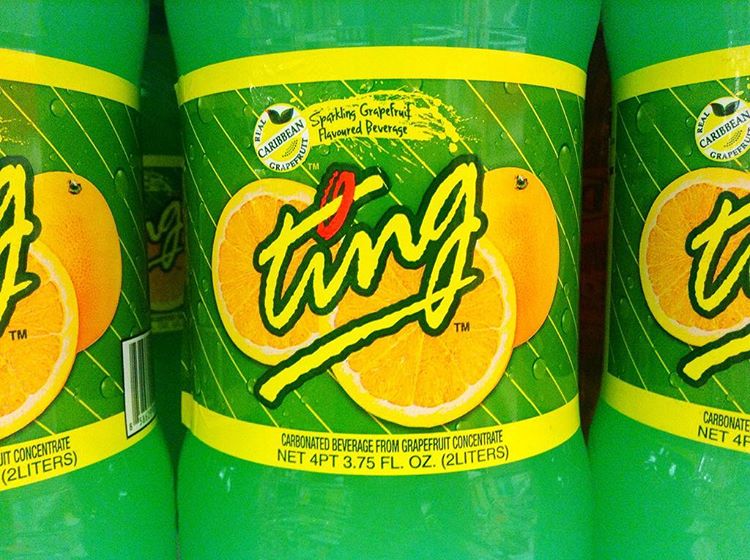 Recognizing the variety of soft drinks available in the Caribbean, Islands magazine has created a list of those its recommends for visitors to try. Fifth o the list is Ting, a tart and sweet soda available in Jamaica. It is made from grapefruit concentrate and frequently includes bits of pulp. Locals on the island mix it with citrus vodka to concoct an alcoholic drink that is perfect for enjoying in the tropical setting. Try a Ting-and-patty, a popular local snack of Ting served with a pastry filled with various meat or vegetable fillings and Jamaican spices. Also listed among the popular soft drinks in the Caribbean are West Indian Queen Cream, which is found on most of the islands; Red Solo, a sorrel drink available on Trinidad and Tobago;the orange, pineapple and banana Cola Couronne from Haiti; the barley and hops Tiger Malt drunk in Barbados mixed with condensed or evaporated milk; the lemonade, banana and pineapple West Indian Queen Pineapple sold throughout the region; Coco Rico made from coconut concentrate in Puerto Rico; and the orange, strawberry and raspberry Country Club from the Dominican Republic.