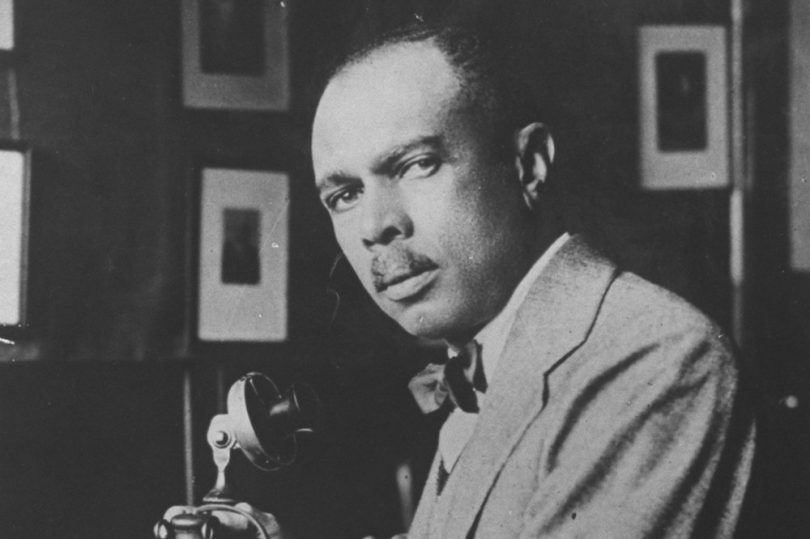 The Harlem Renaissance poet and civil rights activist James Weldon Johnson was born in Jacksonville, Florida, in 1871. His father was born in the Bahamas. He graduated from Atlanta University in 1894. Atlanta University was founded in 1865 and consolidated with Clark College, which was established in 1969, to form Clark Atlanta University in 1988, the first historical Black College or University (HBCU) in the southern US. Johnson taught school in Jacksonville and at age 35 in 1906 became the principal of Stanton School. He studied law and in 1897 became the first African American admitted to take the Florida Bar examination since Reconstruction. He was known as a poet, novelist, and anthologist of Black poems and spirituals during the Harlem Renaissance. Johnson served as the United States Consul to Venezuela and Nicaragua under President Theodore Roosevelt from 1906 to 1913. He wrote the lyrics of “Lift Every Voice and Sing,” sometimes considered the Black National Anthem. His brother, J. Rosamond Johnson, wrote the music for the song. He began working at the National Association for the Advancement of Colored People (NAACP) in 1917, and in 1920, he was the first African American selected as the organization’s executive secretary/operating officer. Johnson held this position from 1920 to 1930. At age 59 in 1930, Johnson accepted the Spence Chair of Creative Literature at Fisk University in Nashville. In 1934, he also became the first African American to be hired as a professor at New York University. Johnson died in 1938.