Jay Z in Jamaica to Work with Damian Marley and Sister Nancy - Jamaicans.com 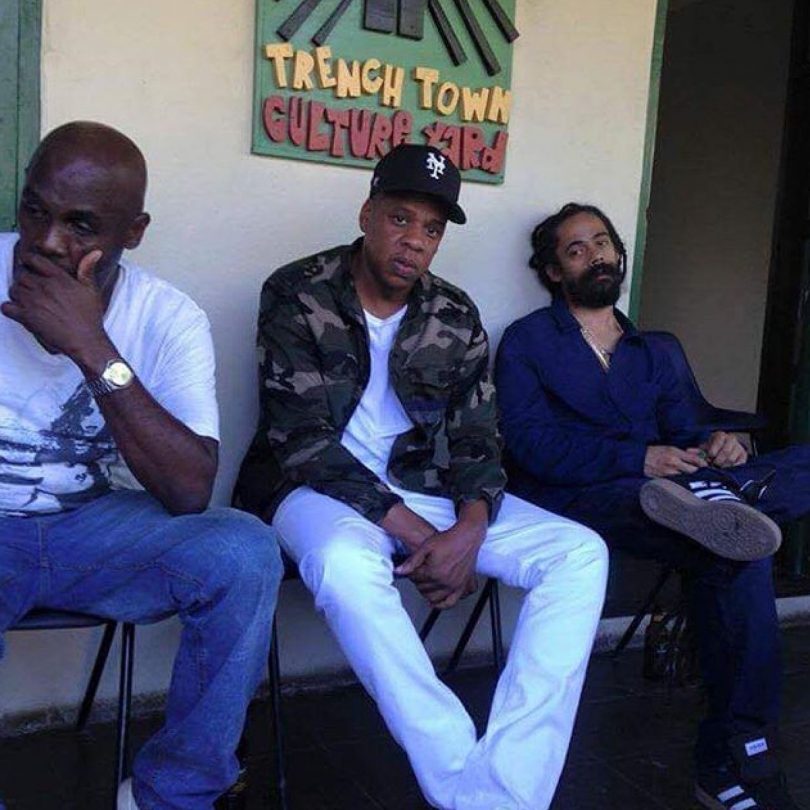 Superstar and hip-hop mogul Jay Z, 47, made a visit to Tuff Gong Studios in Kingston to work with Damian ”Junior Gong” Marley and Sister Nancy in a recording session, making a whirlwind visit to Kingston on June 8, 2017, and staying at the Jamaica Pegasus Hotel. The collaboration with Damian Marley and Sister Nancy suggests that Jay Z’s next album will be released shortly. He is working to set up several festival appearances for the early fall, and it has been four years since his last album. Much has happened in Jay Z’s life since he released “Magna Carta…Holy Grail,” including the release of Beyonce’s “Lemonade” album and the pending addition of two more children to their family. He has also been involved in the streaming wars, with Kanye West calling him out. While in Jamaica, Jay Z was given “the best SUV in the world, a 2017 Audi Q7, by ATL Automotive, the top luxury auto group on the island. He visited Trench Town Culture Yard Museum before he departed on June 9.