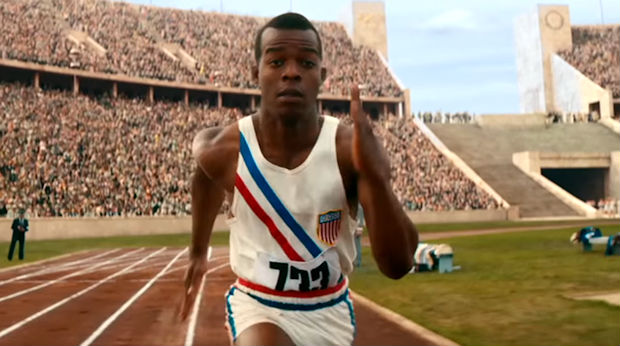 Stephan James will star as American athletic icon Jesse Owens in a new biographical film entitled “Race.” Also starring in the film as a compatriot and rival of Owens, Eulace Peacock, is Stephan’s brother Shamier Anderson. The parents of the brothers who are based in Canada are from Spanish Town in Jamaica. The film “Race” is produced by Forecast Pictures, Solofilms and Trinity Race and was released in the United States by TriStar Pictures and Focus Features. Other actors in the film are the Oscar winners Jeremy Irons and William Hurt. The role of Eulace Peacock is Anderson’s largest role to date and, he says, his most difficult as he had to undergo a physical transformation to play the runner. Race tells the story of Owens’ performance at the 1936 Olympics in Berlin, Germany, where he won a record-breaking total of four gold medals.